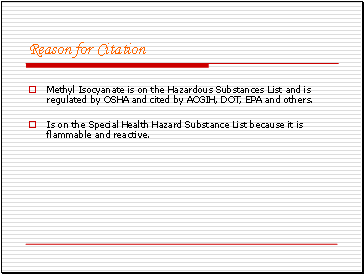 Methyl Isocyanate is on the Hazardous Substances List and is regulated by OSHA and cited by ACGIH, DOT, EPA and others.

Is on the Special Health Hazard Substance List because it is flammable and reactive. 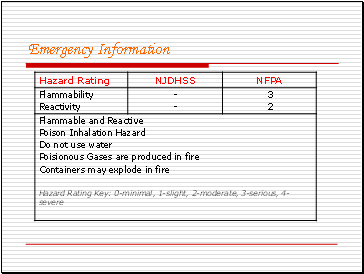 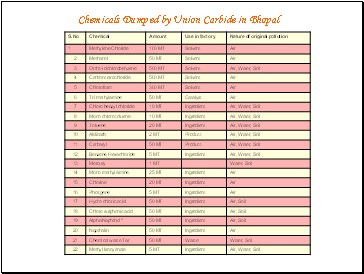 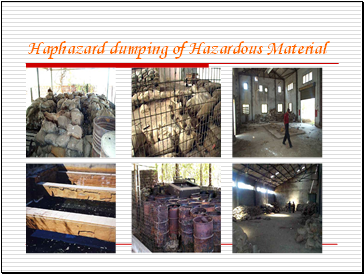 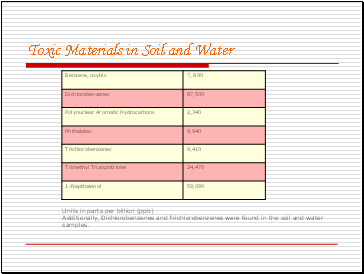 Units in parts per billion (ppb) 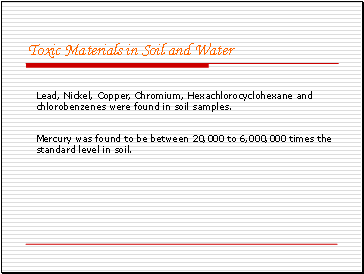 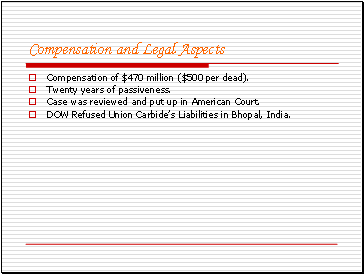 Case was reviewed and put up in American Court. 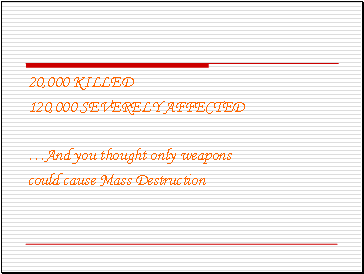 …And you thought only weapons

could cause Mass Destruction