The French Revolution and Napoleon- Patterns of Civilization
Page
1 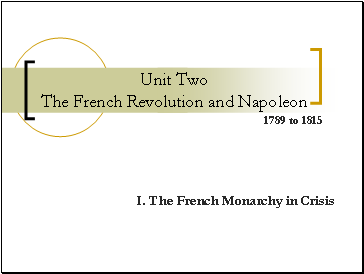 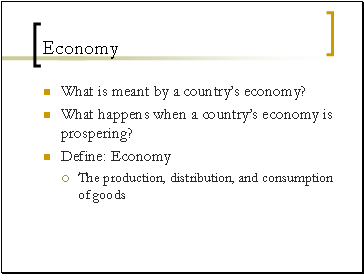 What is meant by a country’s economy?

What happens when a country’s economy is prospering?

The production, distribution, and consumption of goods 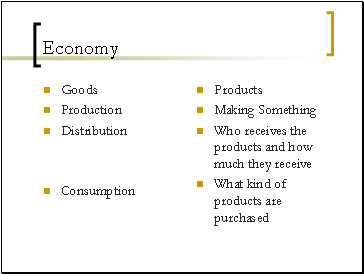 Who receives the products and how much they receive

What kind of products are purchased 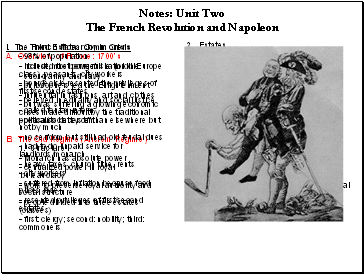 - richest, most powerful nation in Europe

- influential in fashions, art and clothes

B. The Old Regime (Anciem Regime)

- higher clergy lived in luxury and criticized by parish priests

- cared for the poor

- collected the tithe (a tax on income)

- church owned huge amounts of land and paid no tax

- less than 2% of population

- exempt from most taxes

- believed in equality and social justice

- peasants better off than elsewhere but not by much

- no serfdom but still had old feudal dues

- had to do unpaid service for landlords/monarch 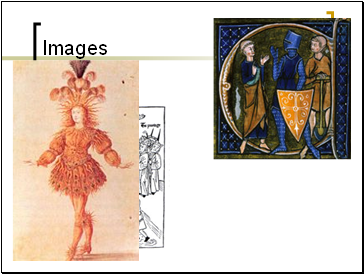 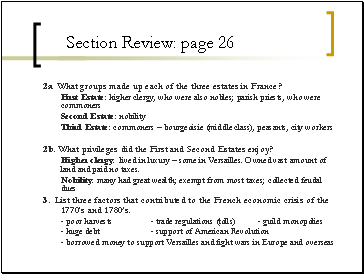