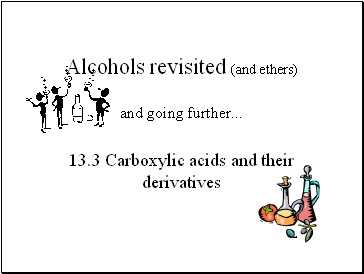 13.3 Carboxylic acids and their derivatives 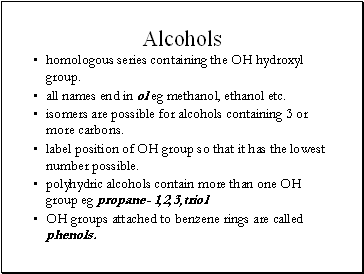 isomers are possible for alcohols containing 3 or more carbons.

label position of OH group so that it has the lowest number possible. 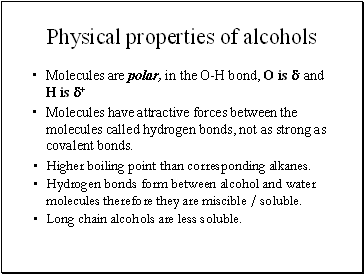 Molecules have attractive forces between the molecules called hydrogen bonds, not as strong as covalent bonds.

Hydrogen bonds form between alcohol and water molecules therefore they are miscible / soluble. 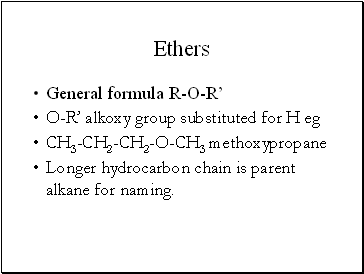 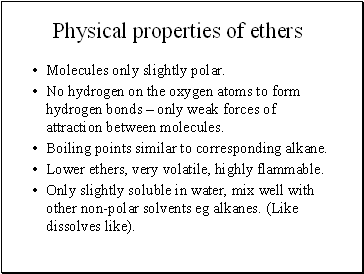 No hydrogen on the oxygen atoms to form hydrogen bonds – only weak forces of attraction between molecules. 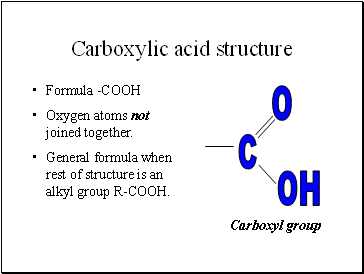 Oxygen atoms not joined together.

General formula when rest of structure is an alkyl group R-COOH. 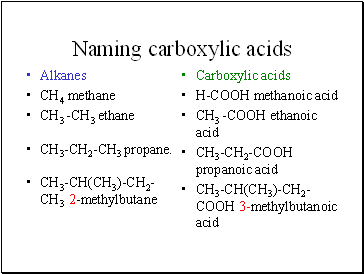 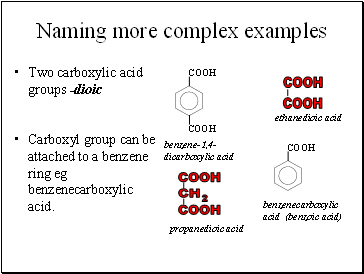 Carboxyl group can be attached to a benzene ring eg benzenecarboxylic acid.