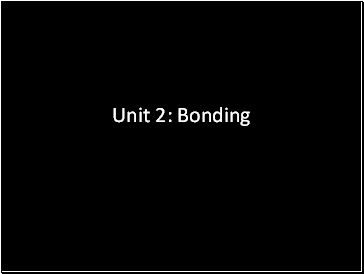 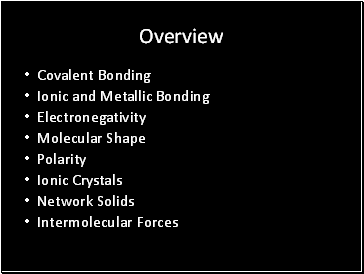 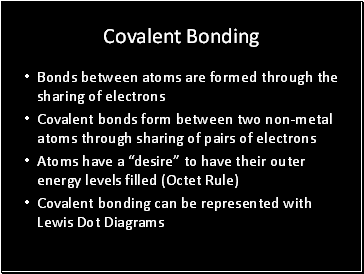 Bonds between atoms are formed through the sharing of electrons

Covalent bonding can be represented with Lewis Dot Diagrams 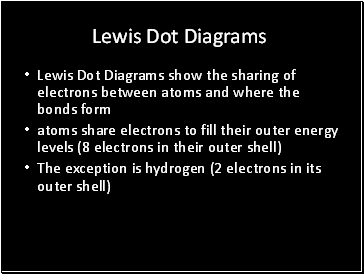 The exception is hydrogen (2 electrons in its outer shell) 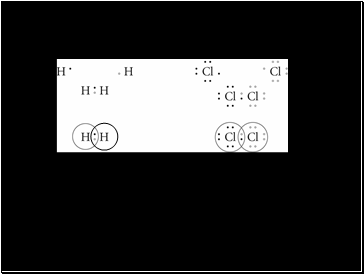 The first row shows the atoms before they are bonded

The third row has circles around the electrons to show those that belong to each atom. Where the circles overlap represents a covalent bond 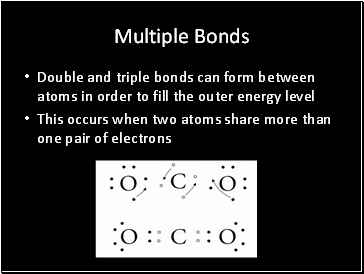 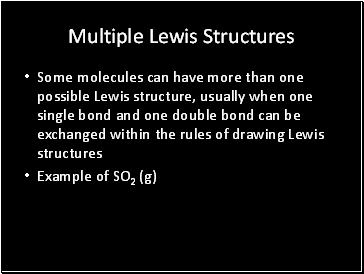 Some molecules can have more than one possible Lewis structure, usually when one single bond and one double bond can be exchanged within the rules of drawing Lewis structures 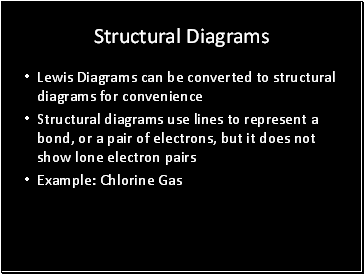 Lewis Diagrams can be converted to structural diagrams for convenience

Structural diagrams use lines to represent a bond, or a pair of electrons, but it does not show lone electron pairs 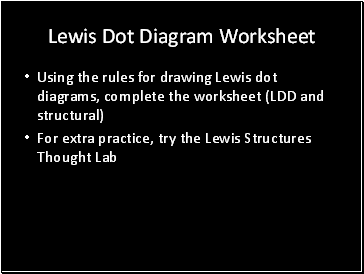 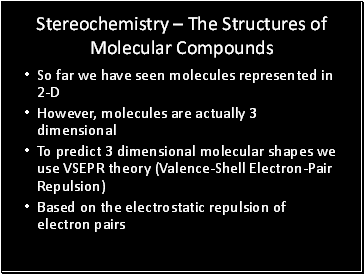 Stereochemistry – The Structures of Molecular Compounds