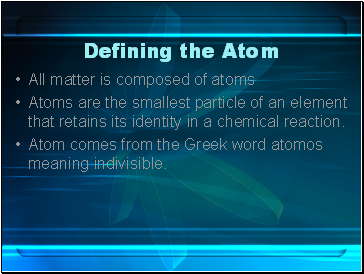 All matter is composed of atoms

Atoms are the smallest particle of an element that retains its identity in a chemical reaction. 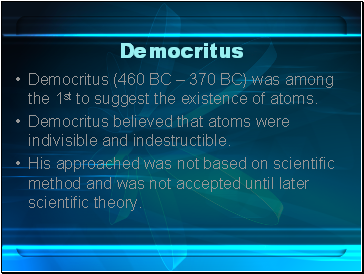 Democritus believed that atoms were indivisible and indestructible.

His approached was not based on scientific method and was not accepted until later scientific theory. 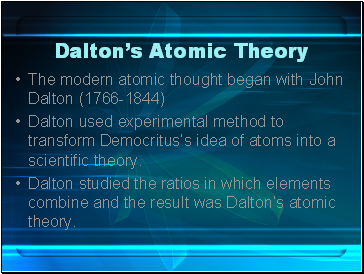 Dalton studied the ratios in which elements combine and the result was Dalton’s atomic theory. 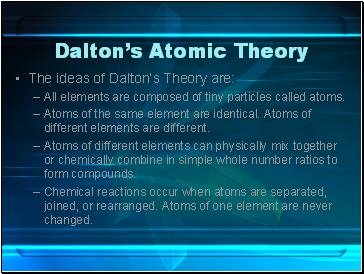 The ideas of Dalton’s Theory are:

All elements are composed of tiny particles called atoms.

Atoms of the same element are identical. Atoms of different elements are different.

Atoms of different elements can physically mix together or chemically combine in simple whole number ratios to form compounds.

Chemical reactions occur when atoms are separated, joined, or rearranged. Atoms of one element are never changed. 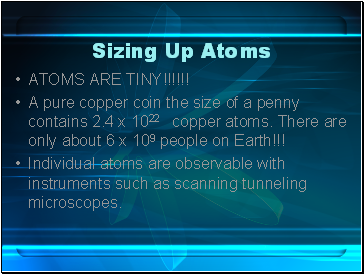 Individual atoms are observable with instruments such as scanning tunneling microscopes. 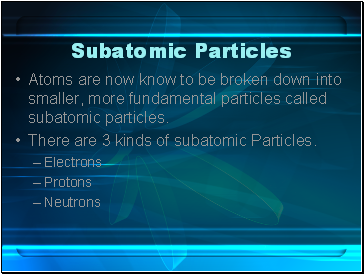 Atoms are now know to be broken down into smaller, more fundamental particles called subatomic particles.

There are 3 kinds of subatomic Particles. 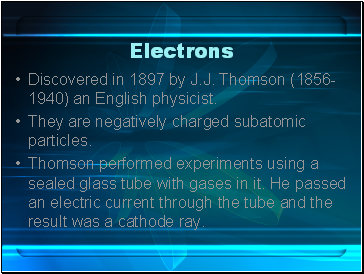 They are negatively charged subatomic particles.

Thomson performed experiments using a sealed glass tube with gases in it. He passed an electric current through the tube and the result was a cathode ray. 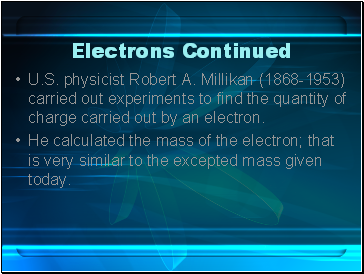 U.S. physicist Robert A. Millikan (1868-1953) carried out experiments to find the quantity of charge carried out by an electron.