The smoke will be initially hot. Since hot air is less dense than cool air it will rise. However, it will cool as it rises until its density is the same as the density of the air in the room. At that point, it will stop rising. 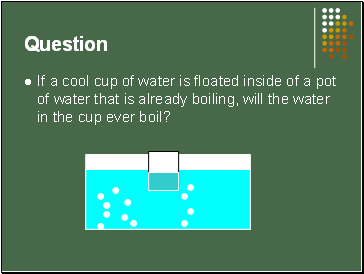 If a cool cup of water is floated inside of a pot of water that is already boiling, will the water in the cup ever boil? 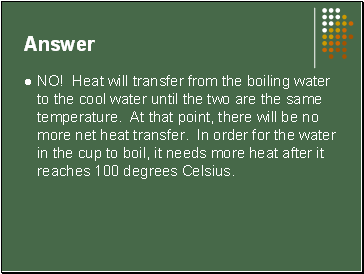 NO! Heat will transfer from the boiling water to the cool water until the two are the same temperature. At that point, there will be no more net heat transfer. In order for the water in the cup to boil, it needs more heat after it reaches 100 degrees Celsius.