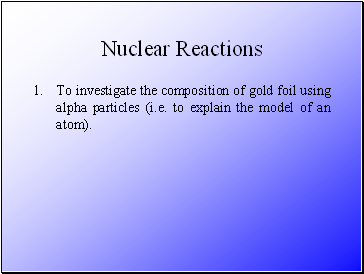 To investigate the composition of gold foil using alpha particles (i.e. to explain the model of an atom). 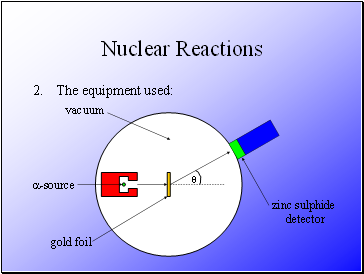 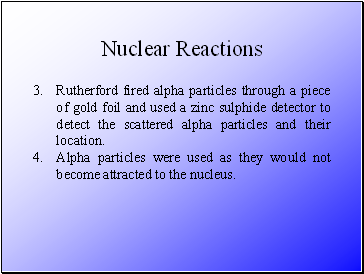 Alpha particles were used as they would not become attracted to the nucleus. 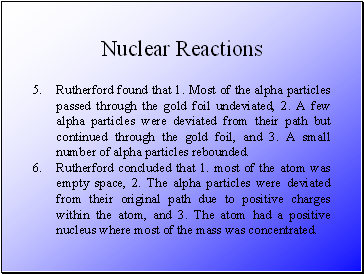 Rutherford concluded that 1. most of the atom was empty space, 2. The alpha particles were deviated from their original path due to positive charges within the atom, and 3. The atom had a positive nucleus where most of the mass was concentrated. 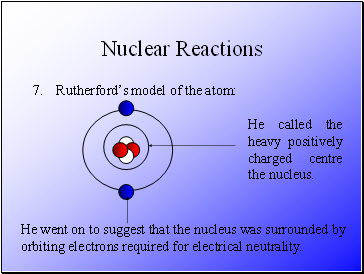 Rutherford’s model of the atom:

He called the heavy positively charged centre the nucleus.

He went on to suggest that the nucleus was surrounded by orbiting electrons required for electrical neutrality. 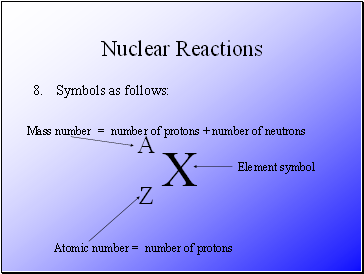 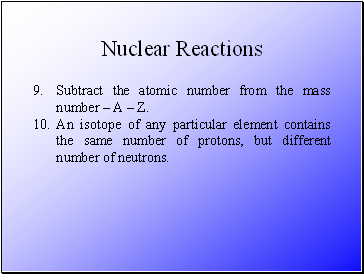 Subtract the atomic number from the mass number – A – Z.

An isotope of any particular element contains the same number of protons, but different number of neutrons. 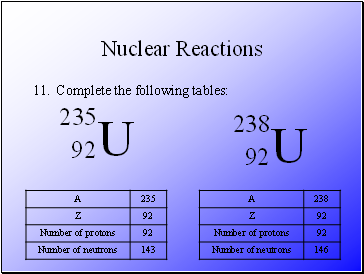 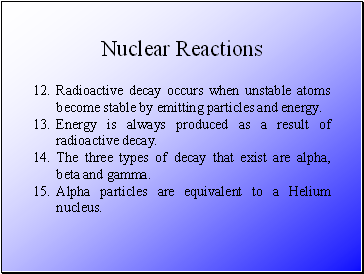 Energy is always produced as a result of radioactive decay.

The three types of decay that exist are alpha, beta and gamma.

Alpha particles are equivalent to a Helium nucleus. 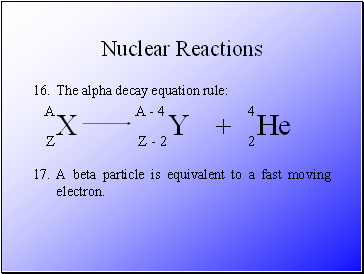 A beta particle is equivalent to a fast moving electron. 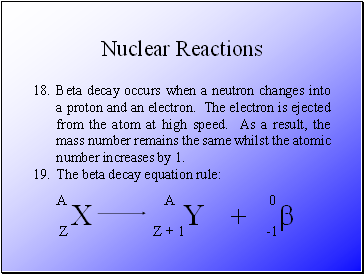