Power and measuring it
Page
1 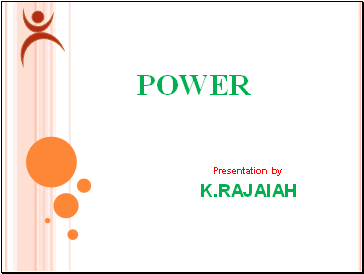 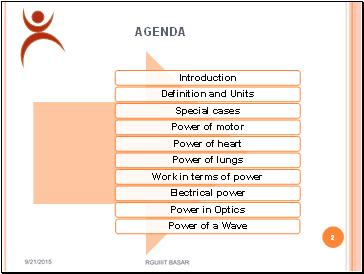 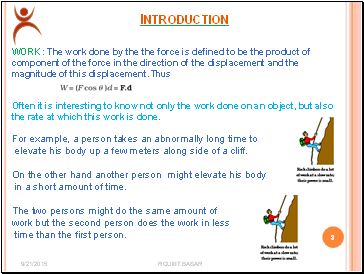 WORK : The work done by the the force is defined to be the product of component of the force in the direction of the displacement and the magnitude of this displacement. Thus

Often it is interesting to know not only the work done on an object, but also the rate at which this work is done.

For example, a person takes an abnormally long time to

elevate his body up a few meters along side of a cliff.

On the other hand another person might elevate his body

in a short amount of time.

The two persons might do the same amount of

work but the second person does the work in less

time than the first person. 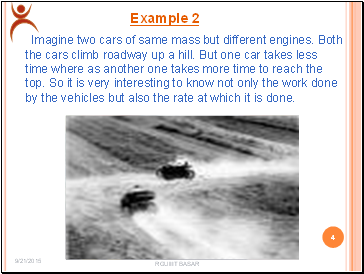 Imagine two cars of same mass but different engines. Both the cars climb roadway up a hill. But one car takes less time where as another one takes more time to reach the top. So it is very interesting to know not only the work done by the vehicles but also the rate at which it is done. 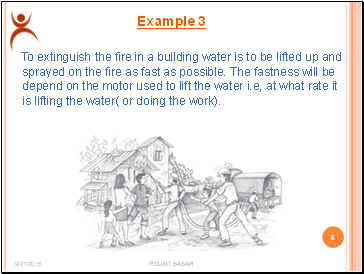 To extinguish the fire in a building water is to be lifted up and sprayed on the fire as fast as possible. The fastness will be depend on the motor used to lift the water i.e, at what rate it is lifting the water( or doing the work). 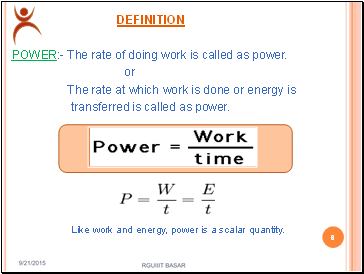 POWER:- The rate of doing work is called as power.

The rate at which work is done or energy is

transferred is called as power.

Like work and energy, power is a scalar quantity. 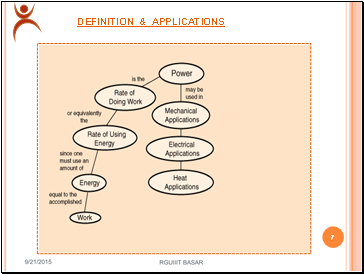 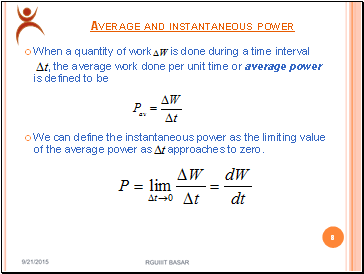 When a quantity of work is done during a time interval

, the average work done per unit time or average power is defined to be

We can define the instantaneous power as the limiting value of the average power as approaches to zero. 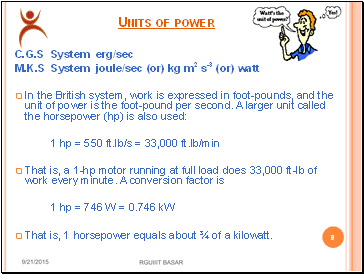