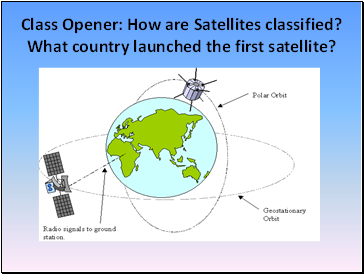 Class Opener: How are Satellites classified? What country launched the first satellite? 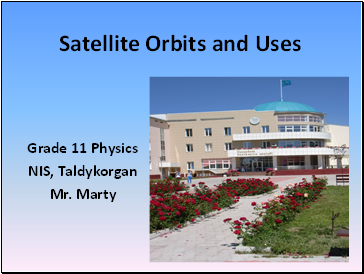 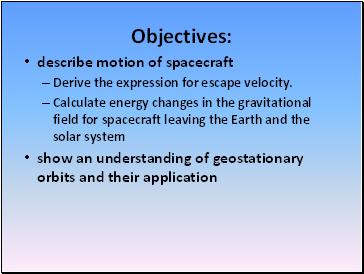 Derive the expression for escape velocity.

show an understanding of geostationary orbits and their application 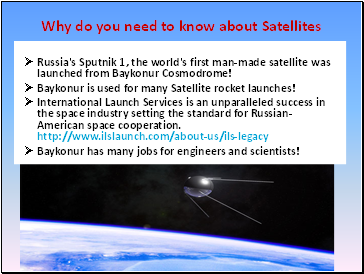 Why do you need to know about Satellites

Baykonur is used for many Satellite rocket launches!

International Launch Services is an unparalleled success in the space industry setting the standard for Russian-American space cooperation. http://www.ilslaunch.com/about-us/ils-legacy

Baykonur has many jobs for engineers and scientists! 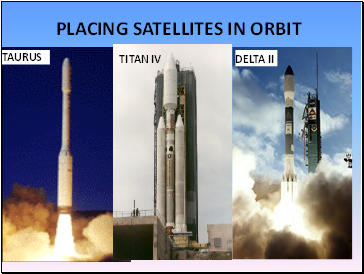 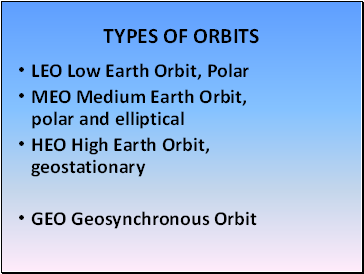 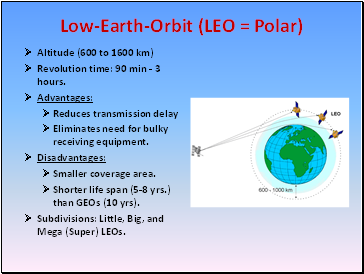 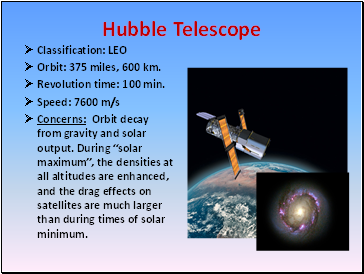 Concerns: Orbit decay from gravity and solar output. During “solar maximum”, the densities at all altitudes are enhanced, and the drag effects on satellites are much larger than during times of solar minimum. 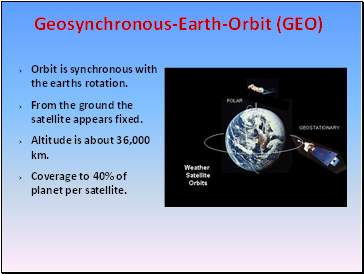 Orbit is synchronous with the earths rotation.

From the ground the satellite appears fixed.

Coverage to 40% of planet per satellite.