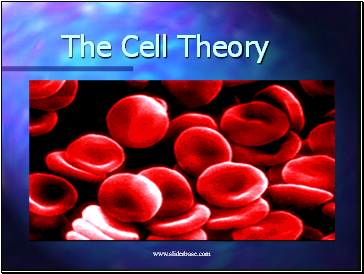 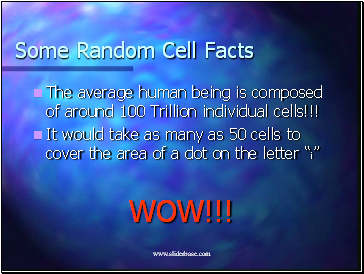 The average human being is composed of around 100 Trillion individual cells!!! 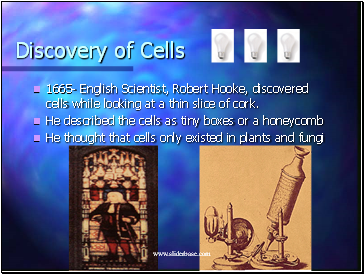 He described the cells as tiny boxes or a honeycomb

He thought that cells only existed in plants and fungi 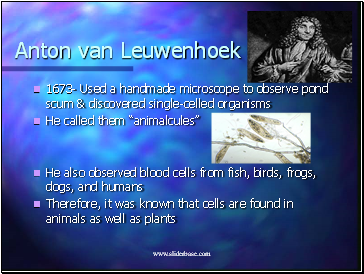 He called them “animalcules”

Therefore, it was known that cells are found in animals as well as plants 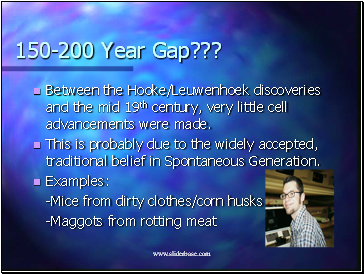 Between the Hooke/Leuwenhoek discoveries and the mid 19th century, very little cell advancements were made.

This is probably due to the widely accepted, traditional belief in Spontaneous Generation. 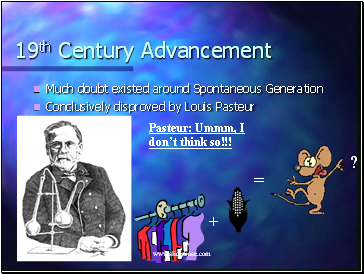 Much doubt existed around Spontaneous Generation 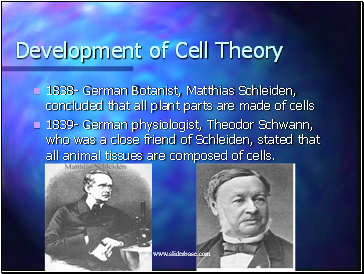 1838- German Botanist, Matthias Schleiden, concluded that all plant parts are made of cells

1839- German physiologist, Theodor Schwann, who was a close friend of Schleiden, stated that all animal tissues are composed of cells. 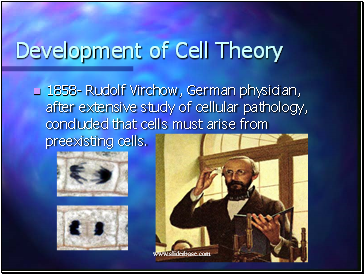 The 3 Basic Components of the Cell Theory were now complete:

3. All cells are produced by the division of preexisting cells. (Virchow)(1858)