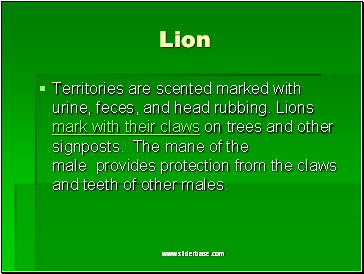 Territories are scented marked with urine, feces, and head rubbing. Lions mark with their claws on trees and other signposts. The mane of the male provides protection from the claws and teeth of other males. 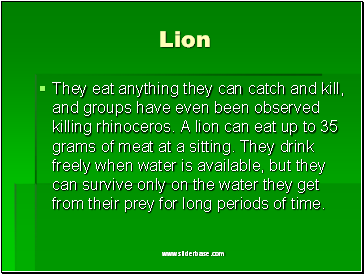 They eat anything they can catch and kill, and groups have even been observed killing rhinoceros. A lion can eat up to 35 grams of meat at a sitting. They drink freely when water is available, but they can survive only on the water they get from their prey for long periods of time. 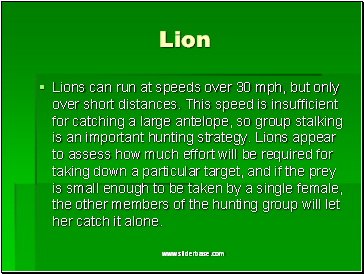 Lions can run at speeds over 30 mph, but only over short distances. This speed is insufficient for catching a large antelope, so group stalking is an important hunting strategy. Lions appear to assess how much effort will be required for taking down a particular target, and if the prey is small enough to be taken by a single female, the other members of the hunting group will let her catch it alone. 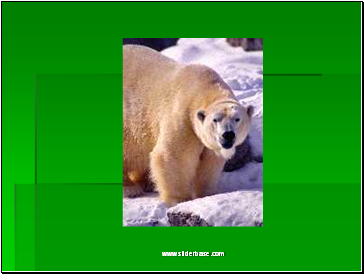 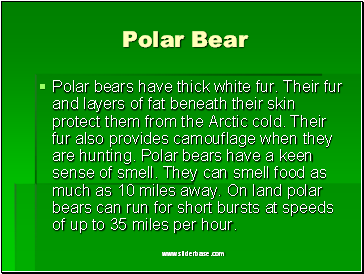 Polar bears have thick white fur. Their fur and layers of fat beneath their skin protect them from the Arctic cold. Their fur also provides camouflage when they are hunting. Polar bears have a keen sense of smell. They can smell food as much as 10 miles away. On land polar bears can run for short bursts at speeds of up to 35 miles per hour. 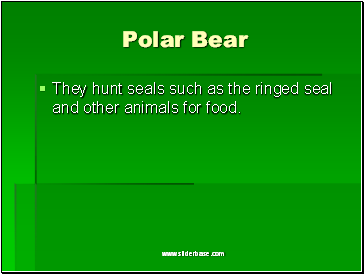 They hunt seals such as the ringed seal and other animals for food. 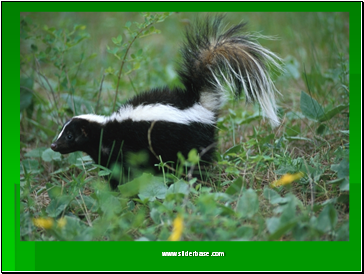 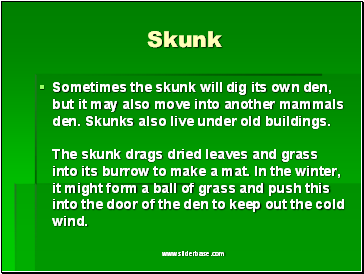 Sometimes the skunk will dig its own den, but it may also move into another mammals den. Skunks also live under old buildings. The skunk drags dried leaves and grass into its burrow to make a mat. In the winter, it might form a ball of grass and push this into the door of the den to keep out the cold wind. 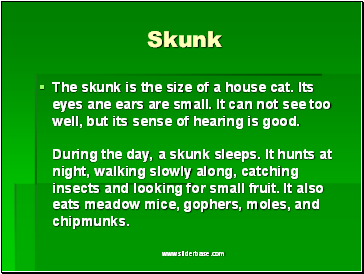 The skunk is the size of a house cat. Its eyes ane ears are small. It can not see too well, but its sense of hearing is good. During the day, a skunk sleeps. It hunts at night, walking slowly along, catching insects and looking for small fruit. It also eats meadow mice, gophers, moles, and chipmunks. 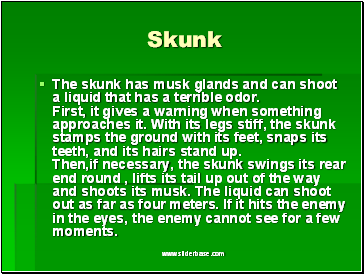