Red Kangaroos can hop as fast as 40 mph (64 km). They use this as their first line of defense. Kangaroos have a tendon in the leg which acts like a rubber band, conserving energy as the animal moves lands. Red Kangaroos actually expand less energy in locomotion as they move faster, up to very fast speeds. 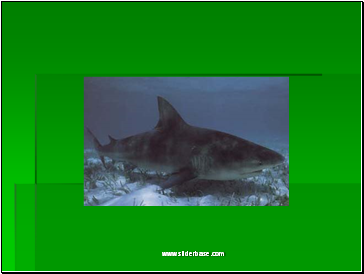 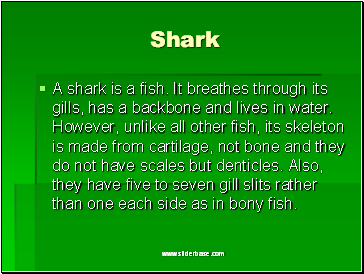 A shark is a fish. It breathes through its gills, has a backbone and lives in water. However, unlike all other fish, its skeleton is made from cartilage, not bone and they do not have scales but denticles. Also, they have five to seven gill slits rather than one each side as in bony fish. 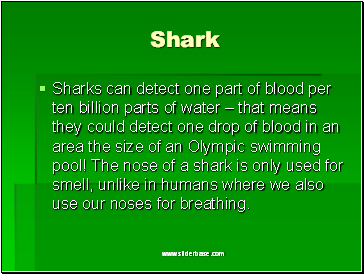 Sharks can detect one part of blood per ten billion parts of water – that means they could detect one drop of blood in an area the size of an Olympic swimming pool! The nose of a shark is only used for smell, unlike in humans where we also use our noses for breathing. 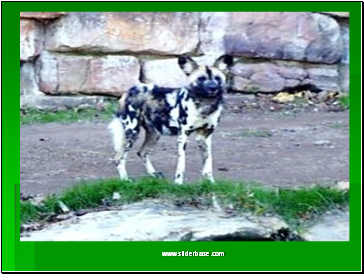 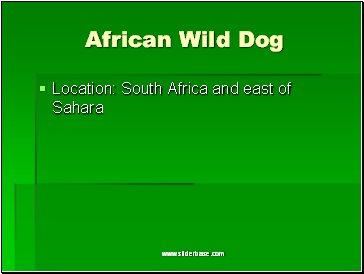 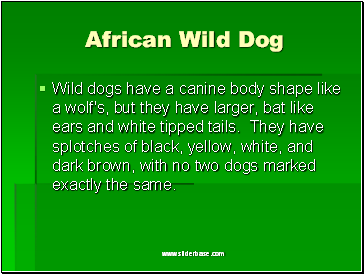 Wild dogs have a canine body shape like a wolf's, but they have larger, bat like ears and white tipped tails. They have splotches of black, yellow, white, and dark brown, with no two dogs marked exactly the same. 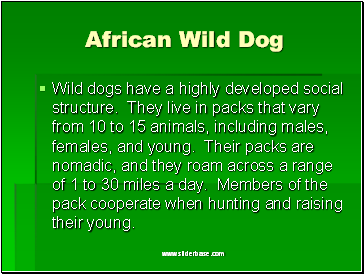 Wild dogs have a highly developed social structure. They live in packs that vary from 10 to 15 animals, including males, females, and young. Their packs are nomadic, and they roam across a range of 1 to 30 miles a day. Members of the pack cooperate when hunting and raising their young. 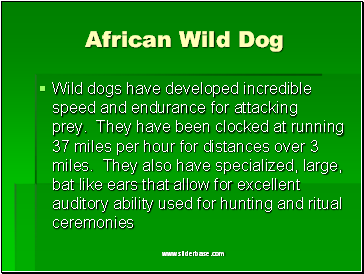 Wild dogs have developed incredible speed and endurance for attacking prey. They have been clocked at running 37 miles per hour for distances over 3 miles. They also have specialized, large, bat like ears that allow for excellent auditory ability used for hunting and ritual ceremonies 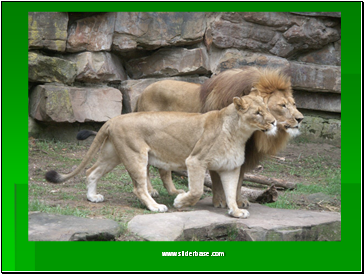 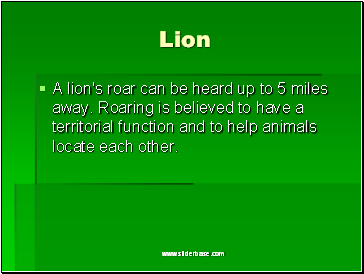 A lion's roar can be heard up to 5 miles away. Roaring is believed to have a territorial function and to help animals locate each other.