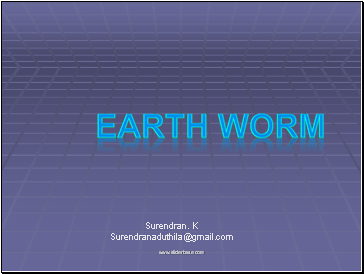 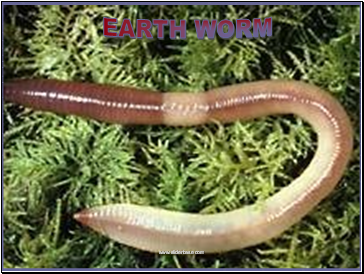 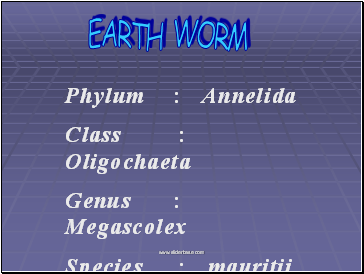 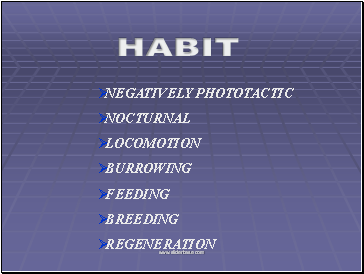 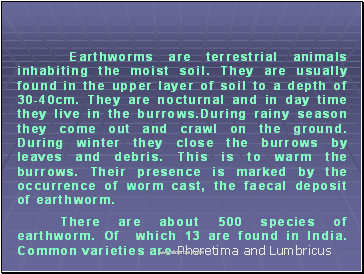 Earthworms are terrestrial animals inhabiting the moist soil. They are usually found in the upper layer of soil to a depth of 30-40cm. They are nocturnal and in day time they live in the burrows.During rainy season they come out and crawl on the ground. During winter they close the burrows by leaves and debris. This is to warm the burrows. Their presence is marked by the occurrence of worm cast, the faecal deposit of earthworm.

There are about 500 species of earthworm. Of which 13 are found in India. Common varieties are Pheretima and Lumbricus 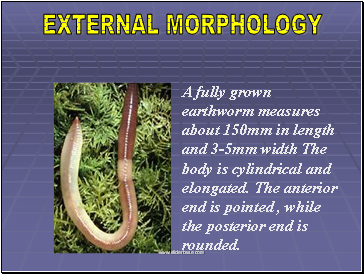 A fully grown earthworm measures about 150mm in length and 3-5mm width The body is cylindrical and elongated. The anterior end is pointed , while the posterior end is rounded. 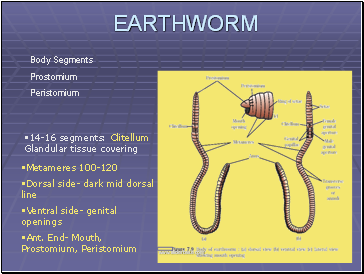 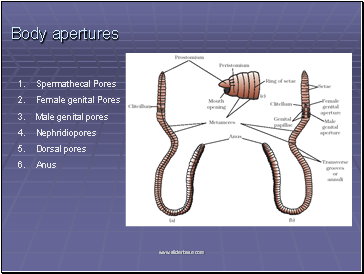 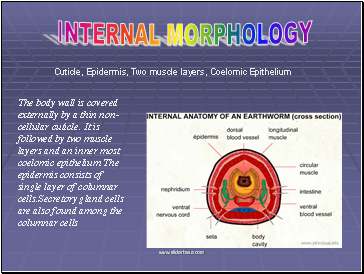 The body wall is covered externally by a thin non-cellular cuticle. It is followed by two muscle layers and an inner most coelomic epithelium.The epidermis consists of single layer of columnar cells.Secretory gland cells are also found among the columnar cells 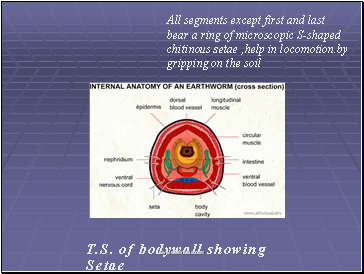 All segments except first and last bear a ring of microscopic S-shaped chitinous setae ,help in locomotion.by gripping on the soil