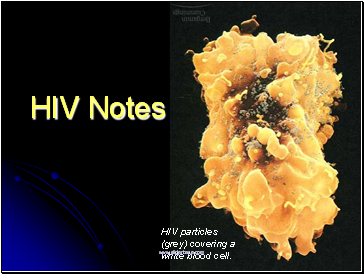 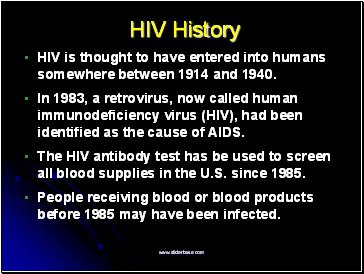 HIV is thought to have entered into humans somewhere between 1914 and 1940.

In 1983, a retrovirus, now called human immunodeficiency virus (HIV), had been identified as the cause of AIDS.

The HIV antibody test has be used to screen all blood supplies in the U.S. since 1985.

People receiving blood or blood products before 1985 may have been infected. 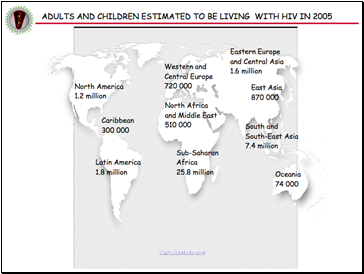 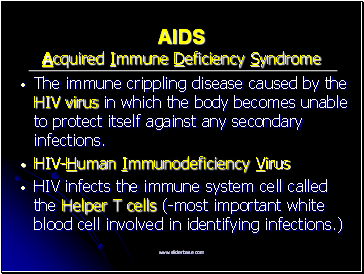 The immune crippling disease caused by the HIV virus in which the body becomes unable to protect itself against any secondary infections. 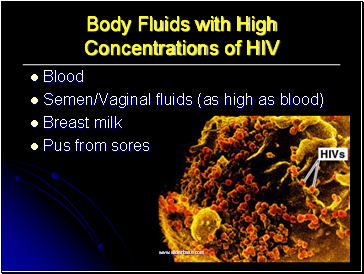 Semen/Vaginal fluids (as high as blood) 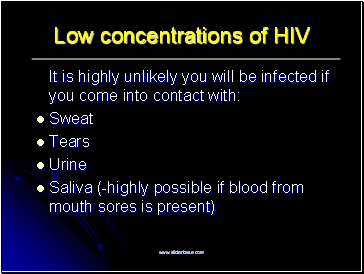 It is highly unlikely you will be infected if you come into contact with:

Saliva (-highly possible if blood from mouth sores is present) 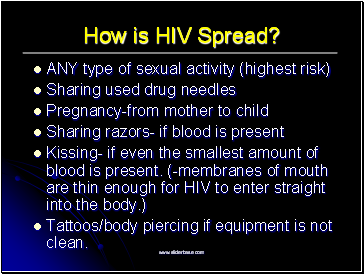 How is HIV Spread?

Sharing razors- if blood is present

Kissing- if even the smallest amount of blood is present. (-membranes of mouth are thin enough for HIV to enter straight into the body.)

Tattoos/body piercing if equipment is not clean. 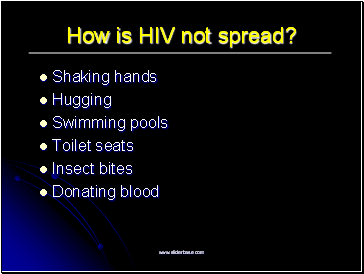 How is HIV not spread? 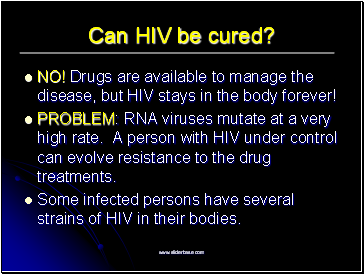 Can HIV be cured?

NO! Drugs are available to manage the disease, but HIV stays in the body forever!

PROBLEM: RNA viruses mutate at a very high rate. A person with HIV under control can evolve resistance to the drug treatments.

Some infected persons have several strains of HIV in their bodies. 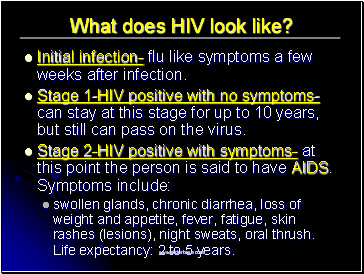