Some journeymen formed unions and bargained with their employers, particularly in hopes of setting a ten-hour workday.

The Working Men’s Party, founded in 1828, called for the abolition of banks, equal taxation, and a system of public education. 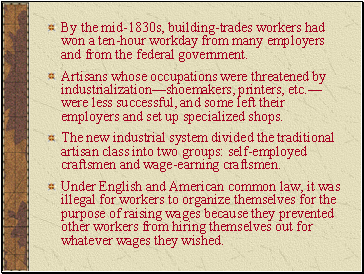 By the mid-1830s, building-trades workers had won a ten-hour workday from many employers and from the federal government.

Artisans whose occupations were threatened by industrialization—shoemakers, printers, etc.—were less successful, and some left their employers and set up specialized shops.

Under English and American common law, it was illegal for workers to organize themselves for the purpose of raising wages because they prevented other workers from hiring themselves out for whatever wages they wished. 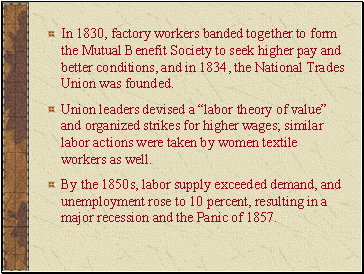 In 1830, factory workers banded together to form the Mutual Benefit Society to seek higher pay and better conditions, and in 1834, the National Trades Union was founded.

By the 1850s, labor supply exceeded demand, and unemployment rose to 10 percent, resulting in a major recession and the Panic of 1857. 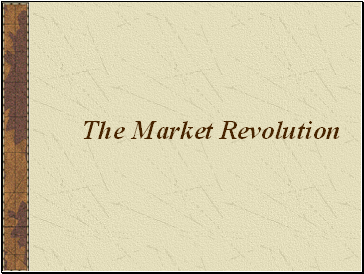 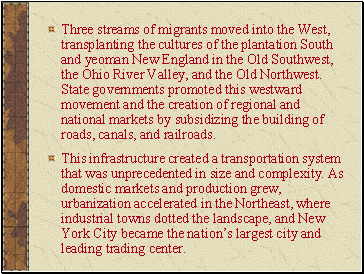 Three streams of migrants moved into the West, transplanting the cultures of the plantation South and yeoman New England in the Old Southwest, the Ohio River Valley, and the Old Northwest. State governments promoted this westward movement and the creation of regional and national markets by subsidizing the building of roads, canals, and railroads.

This infrastructure created a transportation system that was unprecedented in size and complexity. As domestic markets and production grew, urbanization accelerated in the Northeast, where industrial towns dotted the landscape, and New York City became the nation’s largest city and leading trading center. 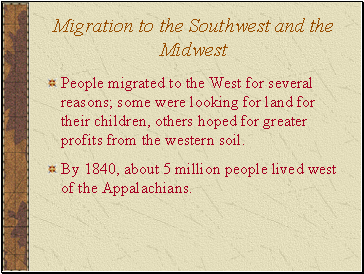 Migration to the Southwest and the Midwest

People migrated to the West for several reasons; some were looking for land for their children, others hoped for greater profits from the western soil.

By 1840, about 5 million people lived west of the Appalachians. 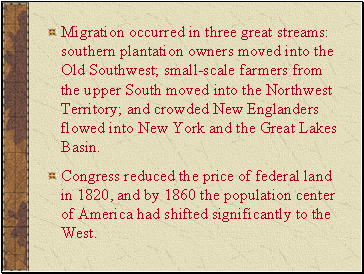