Congress reduced the price of federal land in 1820, and by 1860 the population center of America had shifted significantly to the West. 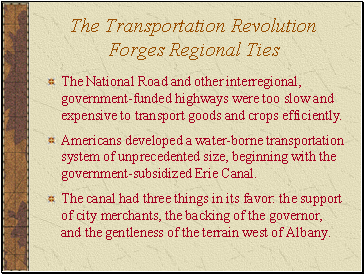 The National Road and other interregional, government-funded highways were too slow and expensive to transport goods and crops efficiently.

The canal had three things in its favor: the support of city merchants, the backing of the governor, and the gentleness of the terrain west of Albany. 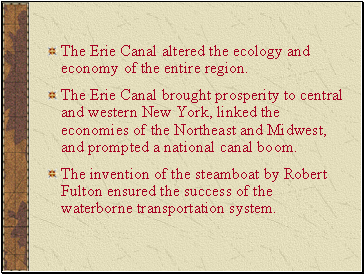 The Erie Canal altered the ecology and economy of the entire region.

The Erie Canal brought prosperity to central and western New York, linked the economies of the Northeast and Midwest, and prompted a national canal boom.

The invention of the steamboat by Robert Fulton ensured the success of the waterborne transportation system. 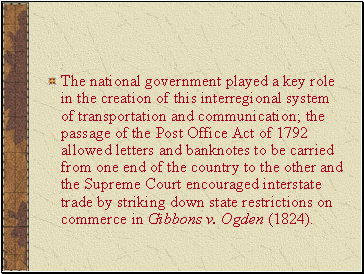 The national government played a key role in the creation of this interregional system of transportation and communication; the passage of the Post Office Act of 1792 allowed letters and banknotes to be carried from one end of the country to the other and the Supreme Court encouraged interstate trade by striking down state restrictions on commerce in Gibbons v. Ogden (1824). 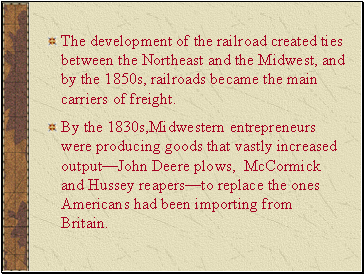 The development of the railroad created ties between the Northeast and the Midwest, and by the 1850s, railroads became the main carriers of freight.

By the 1830s,Midwestern entrepreneurs were producing goods that vastly increased output—John Deere plows, McCormick and Hussey reapers—to replace the ones Americans had been importing from Britain. 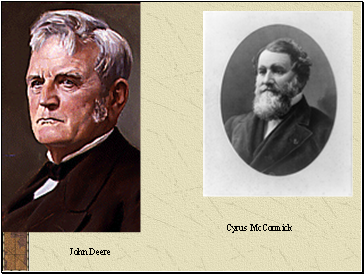 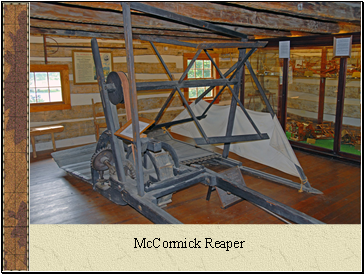 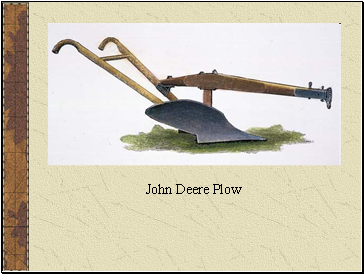 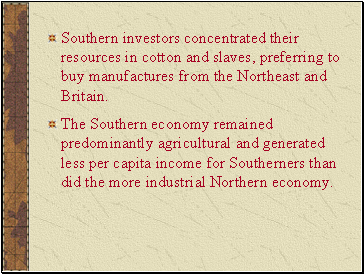 Southern investors concentrated their resources in cotton and slaves, preferring to buy manufactures from the Northeast and Britain.

The Southern economy remained predominantly agricultural and generated less per capita income for Southerners than did the more industrial Northern economy. 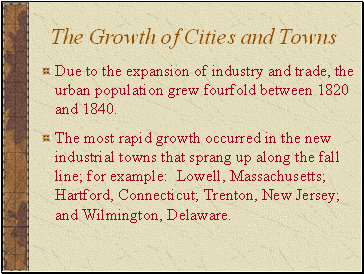 The Growth of Cities and Towns