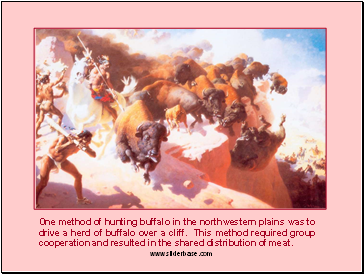 One method of hunting buffalo in the northwestern plains was to drive a herd of buffalo over a cliff. This method required group cooperation and resulted in the shared distribution of meat. 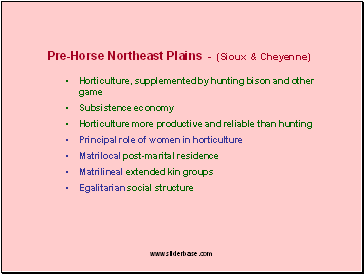 Horticulture, supplemented by hunting bison and other game

Principal role of women in horticulture 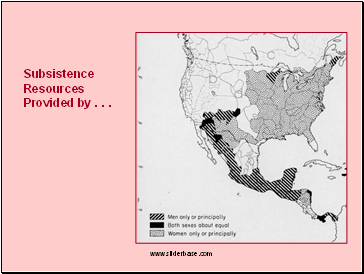 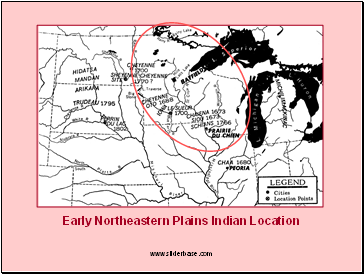 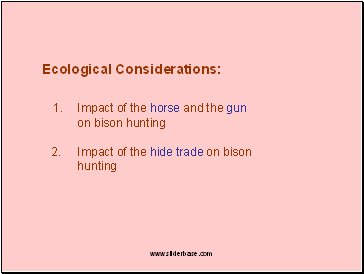 1. Impact of the horse and the gun

2. Impact of the hide trade on bison 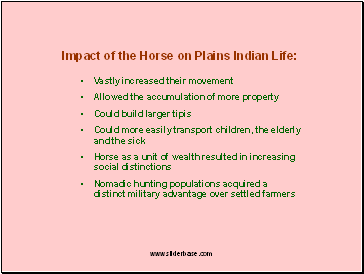 Impact of the Horse on Plains Indian Life:

Allowed the accumulation of more property

Could more easily transport children, the elderly and the sick

Horse as a unit of wealth resulted in increasing social distinctions 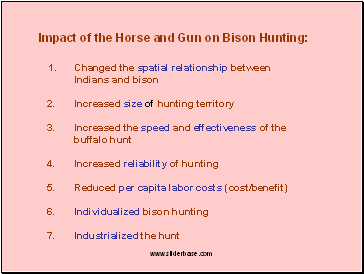 Impact of the Horse and Gun on Bison Hunting:

1. Changed the spatial relationship between

3. Increased the speed and effectiveness of the 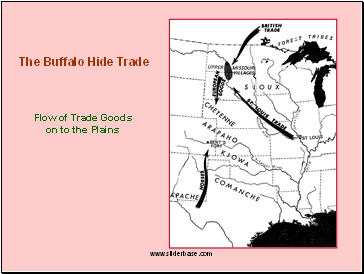 on to the Plains 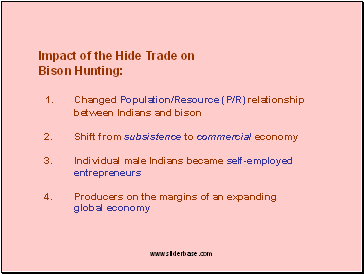 Impact of the Hide Trade on

between Indians and bison