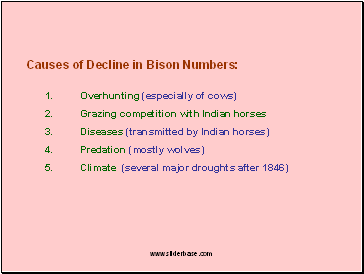 Causes of Decline in Bison Numbers 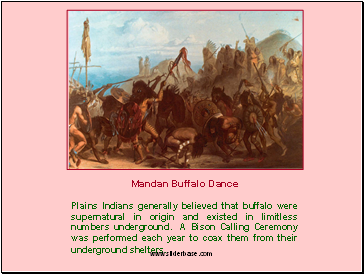 Plains Indians generally believed that buffalo were supernatural in origin and existed in limitless numbers underground. A Bison Calling Ceremony was performed each year to coax them from their underground shelters. 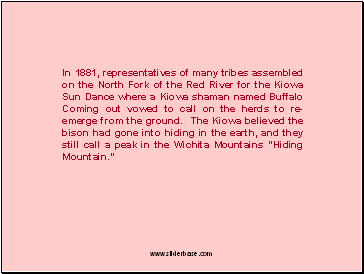 In 1881, representatives of many tribes assembled on the North Fork of the Red River for the Kiowa Sun Dance where a Kiowa shaman named Buffalo Coming out vowed to call on the herds to re-emerge from the ground. The Kiowa believed the bison had gone into hiding in the earth, and they still call a peak in the Wichita Mountains "Hiding Mountain." 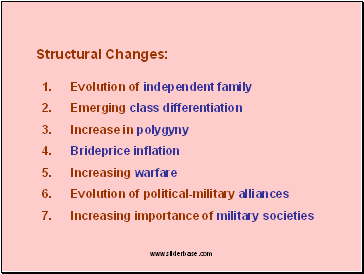 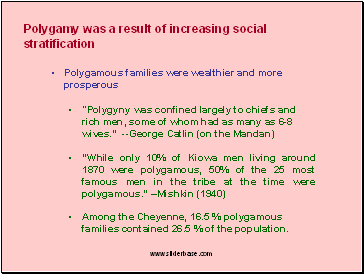 Polygamy was a result of increasing social stratification

“Polygyny was confined largely to chiefs and rich men, some of whom had as many as 6-8 wives.” --George Catlin (on the Mandan)

Among the Cheyenne, 16.5 % polygamous families contained 26.5 % of the population. 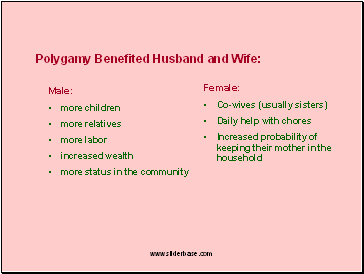 more status in the community

Increased probability of keeping their mother in the household 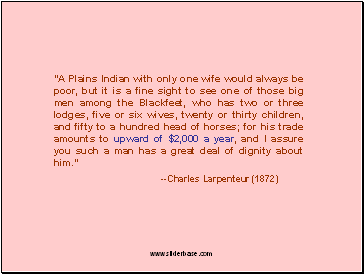 "A Plains Indian with only one wife would always be poor, but it is a fine sight to see one of those big men among the Blackfeet, who has two or three lodges, five or six wives, twenty or thirty children, and fifty to a hundred head of horses; for his trade amounts to upward of $2,000 a year, and I assure you such a man has a great deal of dignity about him."