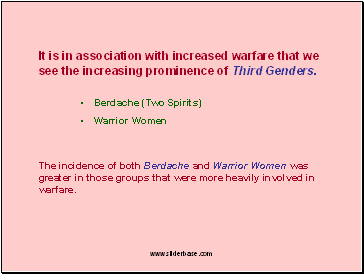 It is in association with increased warfare that we see the increasing prominence of Third Genders.

The incidence of both Berdache and Warrior Women was greater in those groups that were more heavily involved in warfare. 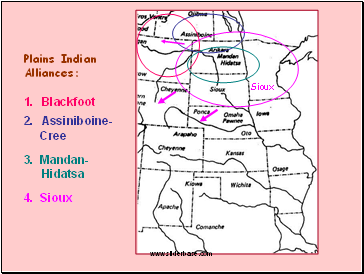 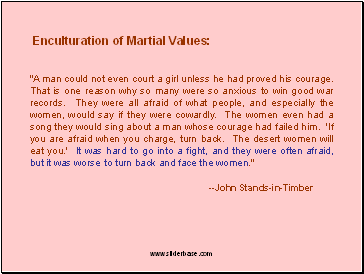 "A man could not even court a girl unless he had proved his courage. That is one reason why so many were so anxious to win good war records. They were all afraid of what people, and especially the women, would say if they were cowardly. The women even had a song they would sing about a man whose courage had failed him. 'If you are afraid when you charge, turn back. The desert women will eat you.' It was hard to go into a fight, and they were often afraid, but it was worse to turn back and face the women." 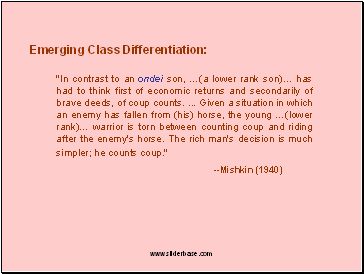 "In contrast to an ondei son, …(a lower rank son)… has had to think first of economic returns and secondarily of brave deeds, of coup counts. . Given a situation in which an enemy has fallen from (his) horse, the young …(lower rank)… warrior is torn between counting coup and riding after the enemy's horse. The rich man's decision is much simpler; he counts coup." 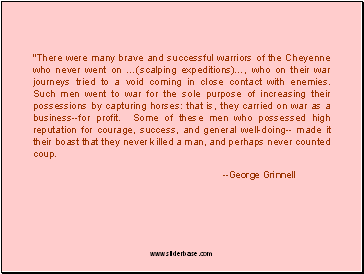 "There were many brave and successful warriors of the Cheyenne who never went on …(scalping expeditions)…, who on their war journeys tried to a void coming in close contact with enemies. Such men went to war for the sole purpose of increasing their possessions by capturing horses: that is, they carried on war as a business--for profit. Some of these men who possessed high reputation for courage, success, and general well-doing-- made it their boast that they never killed a man, and perhaps never counted coup. 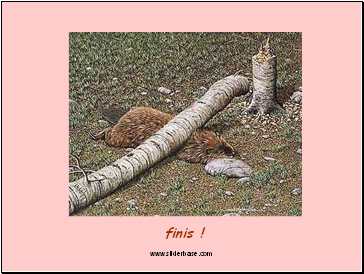