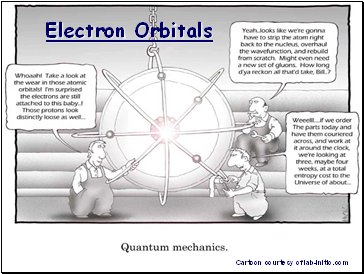 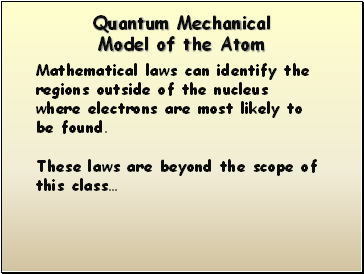 Quantum Mechanical Model of the Atom

Mathematical laws can identify the regions outside of the nucleus where electrons are most likely to be found.

These laws are beyond the scope of this class… 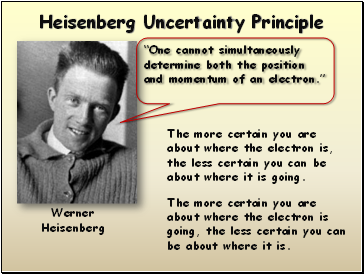 “One cannot simultaneously determine both the position and momentum of an electron.” 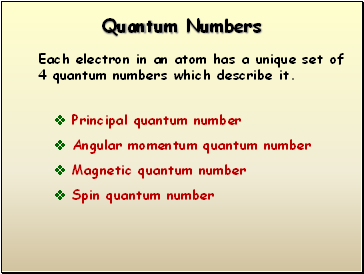 Each electron in an atom has a unique set of 4 quantum numbers which describe it. 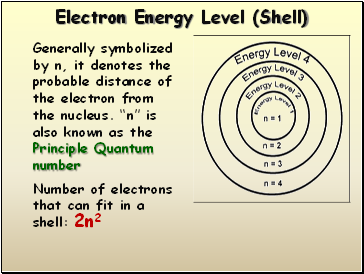 Generally symbolized by n, it denotes the probable distance of the electron from the nucleus. “n” is also known as the Principle Quantum number

Number of electrons that can fit in a shell: 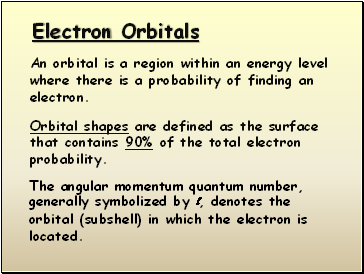 Orbital shapes are defined as the surface that contains 90% of the total electron probability.

An orbital is a region within an energy level where there is a probability of finding an electron.

The angular momentum quantum number, generally symbolized by l, denotes the orbital (subshell) in which the electron is located. 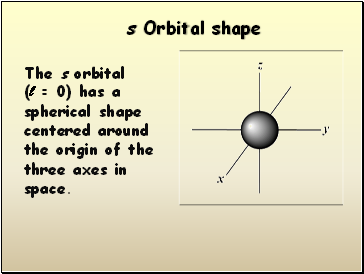 (l = 0) has a spherical shape centered around

the origin of the three axes in space. 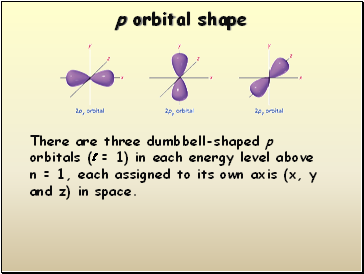 There are three dumbbell-shaped p orbitals (l = 1) in each energy level above n = 1, each assigned to its own axis (x, y and z) in space. 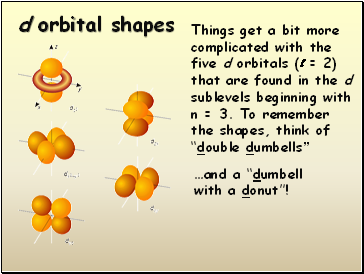 Things get a bit more complicated with the five d orbitals (l = 2) that are found in the d sublevels beginning with n = 3. To remember the shapes, think of “double dumbells” 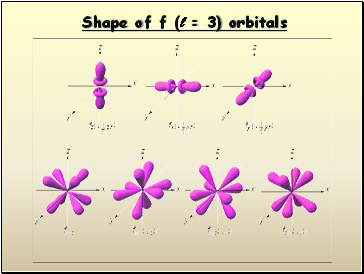