Atoms and the Periodic table
Page
2 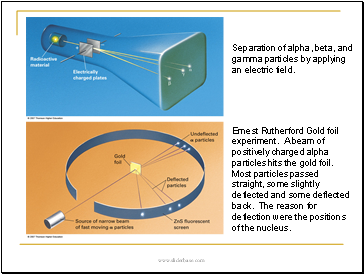 Separation of alpha, beta, and gamma particles by applying an electric field.

Ernest Rutherford Gold foil experiment. A beam of positively charged alpha particles hits the gold foil. Most particles passed straight, some slightly deflected and some deflected back. The reason for deflection were the positions of the nucleus. 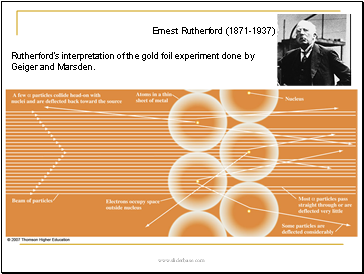 Rutherford’s interpretation of the gold foil experiment done by Geiger and Marsden. 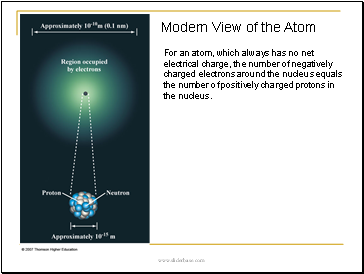 Modern View of the Atom 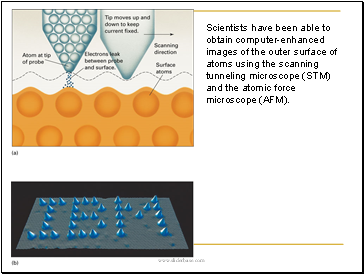 Scientists have been able to obtain computer-enhanced images of the outer surface of atoms using the scanning tunneling microscope (STM) and the atomic force microscope (AFM). 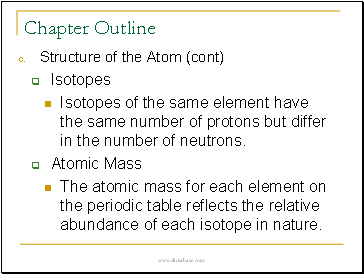 • Structure of the Atom (cont)

Isotopes of the same element have the same number of protons but differ in the number of neutrons.

The atomic mass for each element on the periodic table reflects the relative abundance of each isotope in nature. 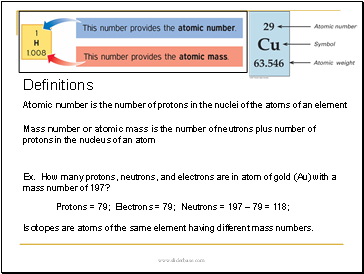 Ex. How many protons, neutrons, and electrons are in atom of gold (Au) with a mass number of 197?

Isotopes are atoms of the same element having different mass numbers. 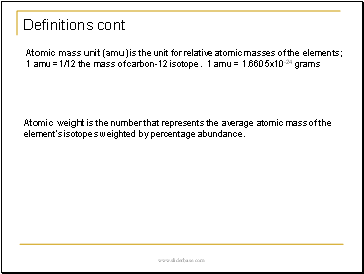 Atomic weight is the number that represents the average atomic mass of the element’s isotopes weighted by percentage abundance. 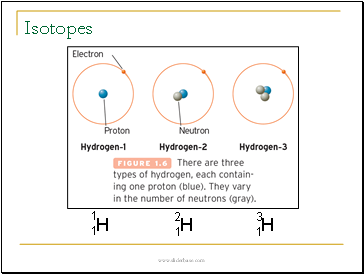 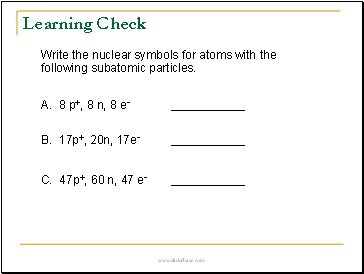 Write the nuclear symbols for atoms with the following subatomic particles.