Atoms and the Periodic table
Page
1 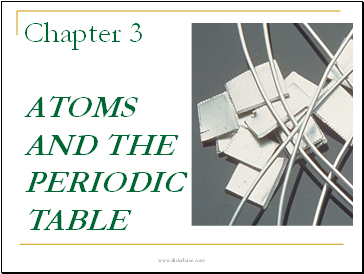 Atoms and the periodic table 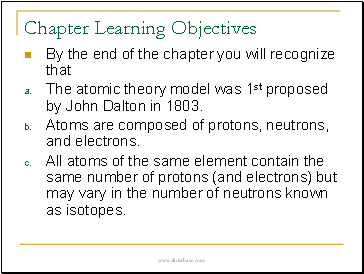 By the end of the chapter you will recognize that

• The atomic theory model was 1st proposed by John Dalton in 1803.

• Atoms are composed of protons, neutrons, and electrons.

• All atoms of the same element contain the same number of protons (and electrons) but may vary in the number of neutrons known as isotopes. 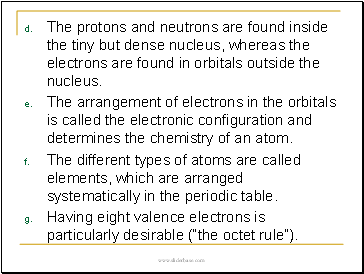 •The arrangement of electrons in the orbitals is called the electronic configuration and determines the chemistry of an atom.

•The different types of atoms are called elements, which are arranged systematically in the periodic table.

•Having eight valence electrons is particularly desirable (“the octet rule”). 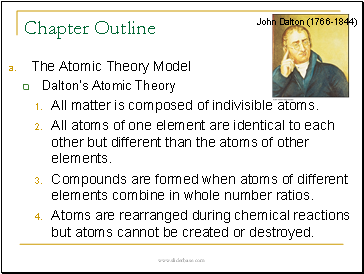 • All matter is composed of indivisible atoms.

• All atoms of one element are identical to each other but different than the atoms of other elements.

• Compounds are formed when atoms of different elements combine in whole number ratios.

• Atoms are rearranged during chemical reactions but atoms cannot be created or destroyed. 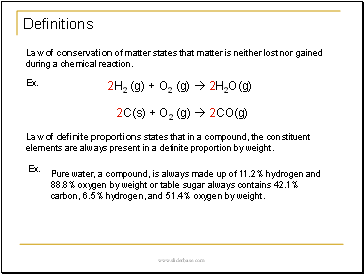 Law of conservation of matter states that matter is neither lost nor gained during a chemical reaction. 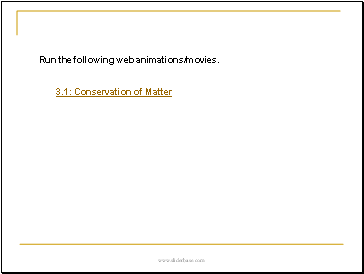 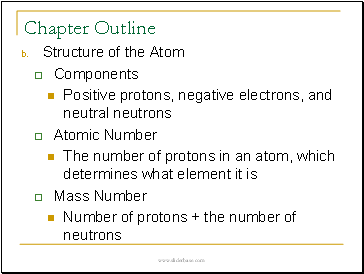 • Structure of the Atom

The number of protons in an atom, which determines what element it is

Number of protons + the number of neutrons 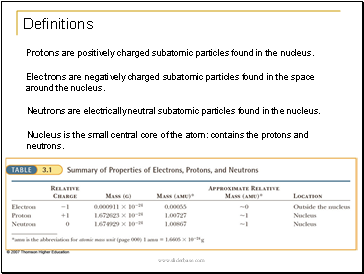