The Sun as an Energy Source
Page
2

Presentations / Astronomy / The Sun as an Energy Source 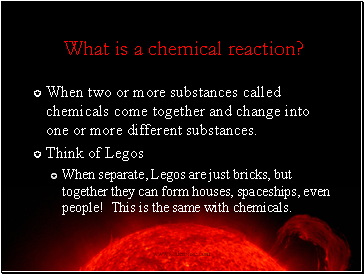 What is a chemical reaction?

When two or more substances called chemicals come together and change into one or more different substances.

When separate, Legos are just bricks, but together they can form houses, spaceships, even people! This is the same with chemicals. 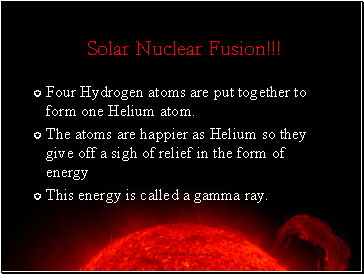 Four Hydrogen atoms are put together to form one Helium atom.

This energy is called a gamma ray. 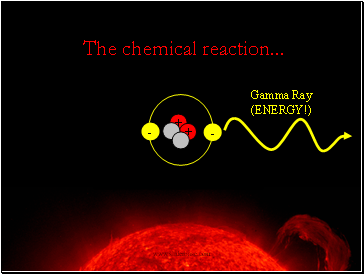 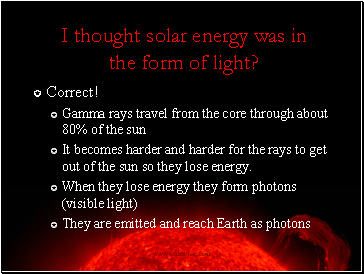 I thought solar energy was in the form of light?

It becomes harder and harder for the rays to get out of the sun so they lose energy.

When they lose energy they form photons (visible light)

They are emitted and reach Earth as photons 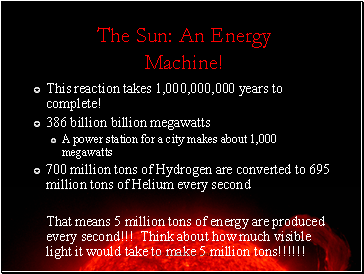 The Sun: An Energy Machine!

A power station for a city makes about 1,000 megawatts

That means 5 million tons of energy are produced every second!!! Think about how much visible light it would take to make 5 million tons!!!!!! 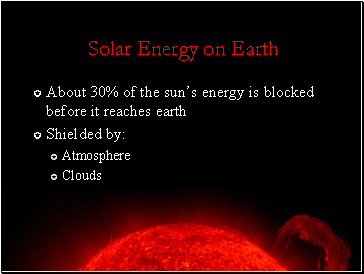 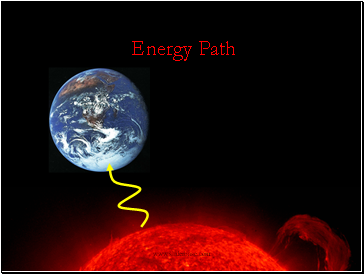 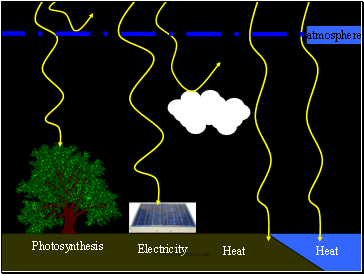 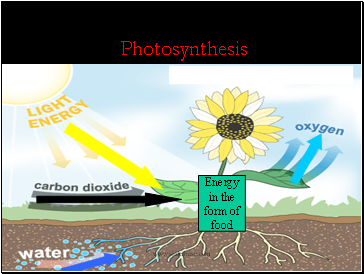 Energy in the form of food 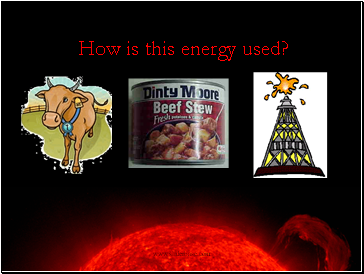 How is this energy used? 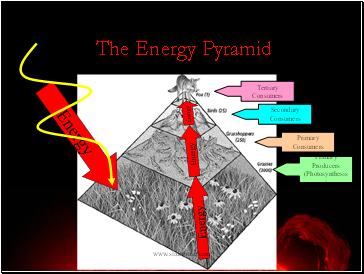 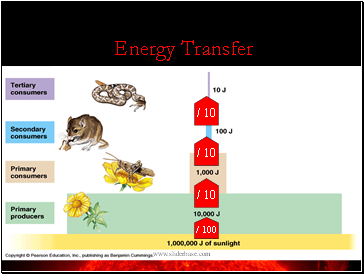