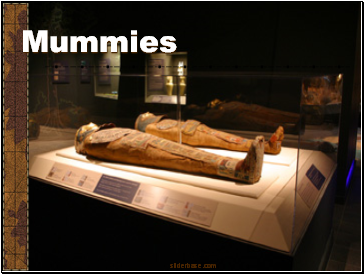 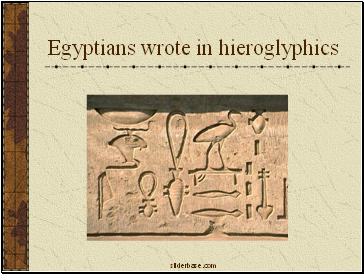 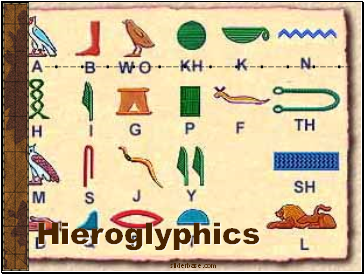 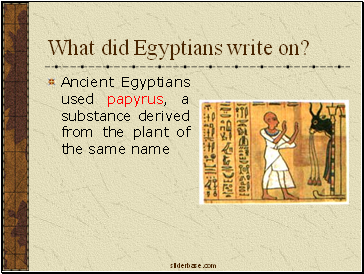 What did Egyptians write on?

Ancient Egyptians used papyrus, a substance derived from the plant of the same name 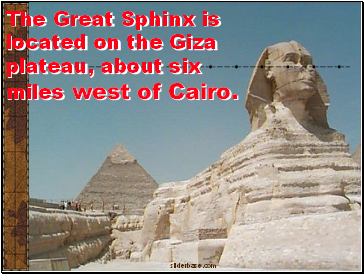 The Great Sphinx is located on the Giza plateau, about six miles west of Cairo. 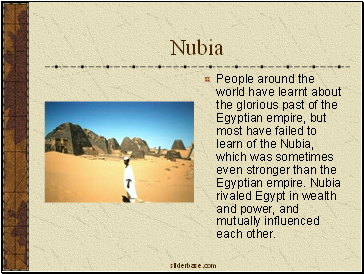 People around the world have learnt about the glorious past of the Egyptian empire, but most have failed to learn of the Nubia, which was sometimes even stronger than the Egyptian empire. Nubia rivaled Egypt in wealth and power, and mutually influenced each other. 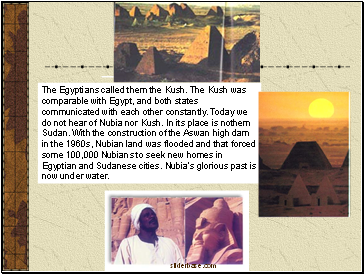 The Egyptians called them the Kush. The Kush was comparable with Egypt, and both states communicated with each other constantly. Today we do not hear of Nubia nor Kush. In its place is nothern Sudan. With the construction of the Aswan high dam in the 1960s, Nubian land was flooded and that forced some 100,000 Nubians to seek new homes in Egyptian and Sudanese cities. Nubia's glorious past is now under water. 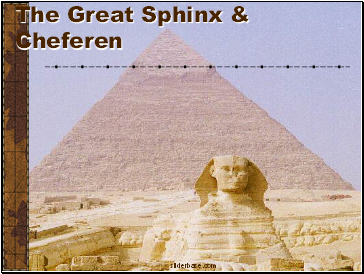 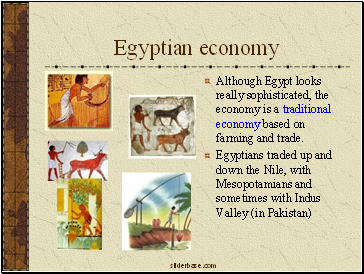 Although Egypt looks really sophisticated, the economy is a traditional economy based on farming and trade.

Egyptians traded up and down the Nile, with Mesopotamians and sometimes with Indus Valley (in Pakistan) 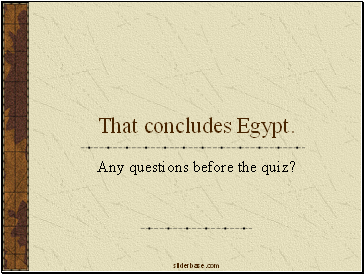 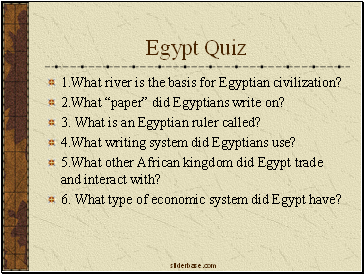 1.What river is the basis for Egyptian civilization?

2.What “paper” did Egyptians write on?

3. What is an Egyptian ruler called?

4.What writing system did Egyptians use?

5.What other African kingdom did Egypt trade and interact with?

6. What type of economic system did Egypt have? 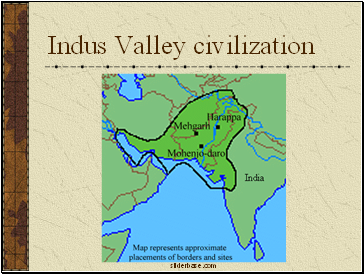 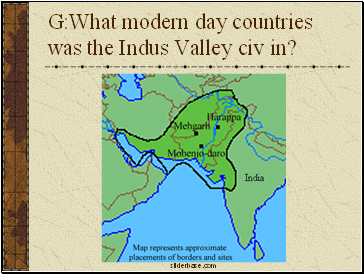