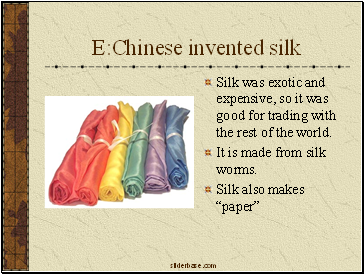 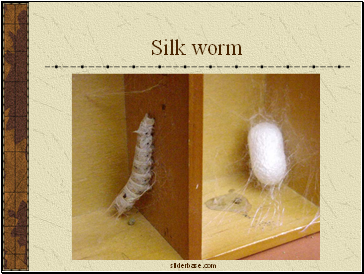 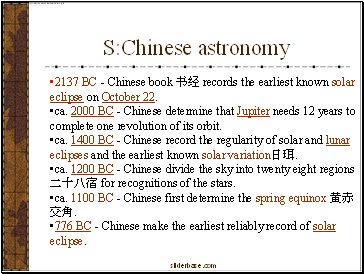 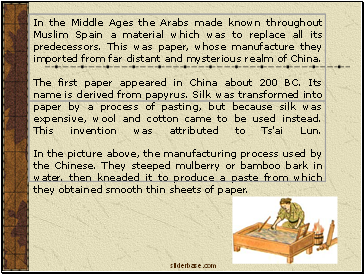 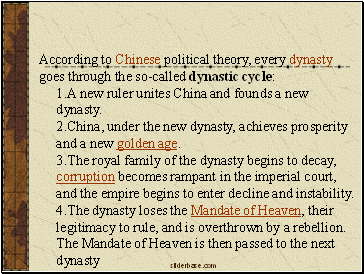 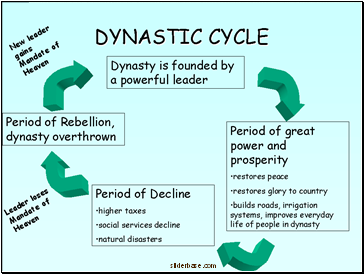 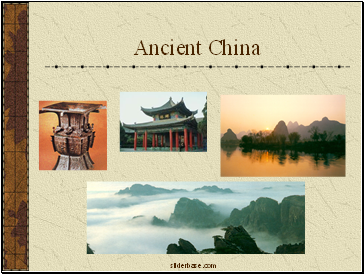 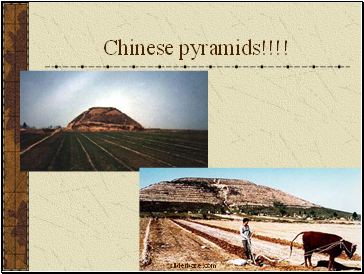 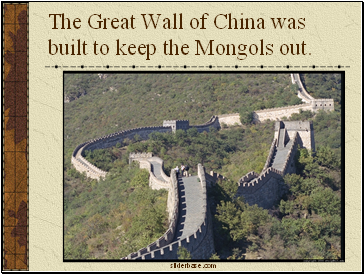 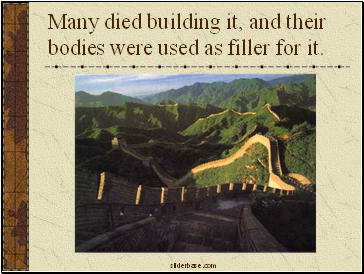 Many died building it, and their bodies were used as filler for it. 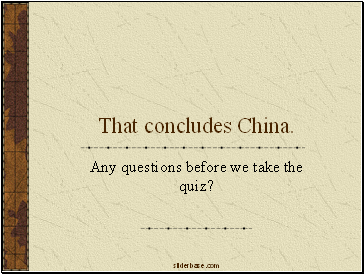 Any questions before we take the quiz? 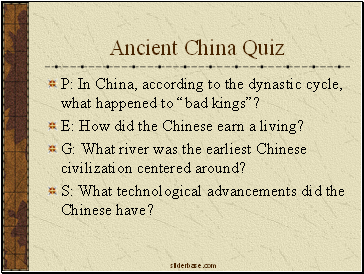 P: In China, according to the dynastic cycle, what happened to “bad kings”?

E: How did the Chinese earn a living?