Seminole Indians – Who Are They Where Are They From
Page
1

Presentations / History / Seminole Indians – Who Are They Where Are They From 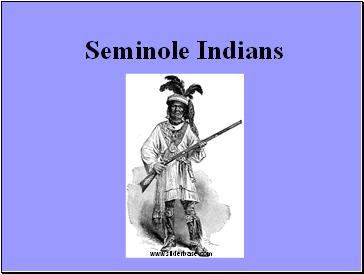 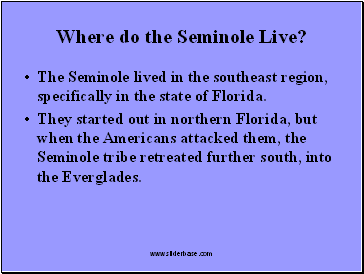 Where do the Seminole Live?

The Seminole lived in the southeast region, specifically in the state of Florida.

They started out in northern Florida, but when the Americans attacked them, the Seminole tribe retreated further south, into the Everglades. 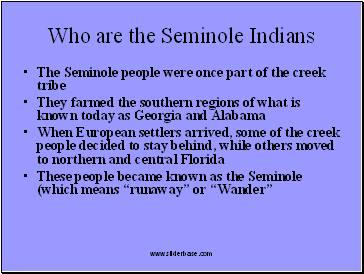 Who are the Seminole Indians

The Seminole people were once part of the creek tribe

When European settlers arrived, some of the creek people decided to stay behind, while others moved to northern and central Florida 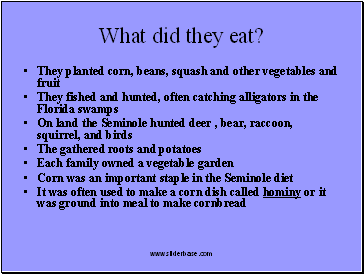 What did they eat?

They planted corn, beans, squash and other vegetables and fruit

They fished and hunted, often catching alligators in the Florida swamps

The gathered roots and potatoes

Each family owned a vegetable garden

Corn was an important staple in the Seminole diet 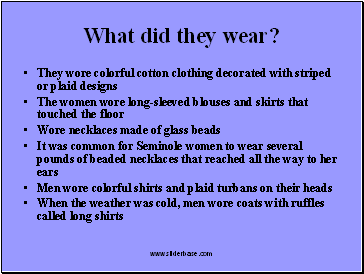 What did they wear?

Wore necklaces made of glass beads

Men wore colorful shirts and plaid turbans on their heads

When the weather was cold, men wore coats with ruffles called long shirts 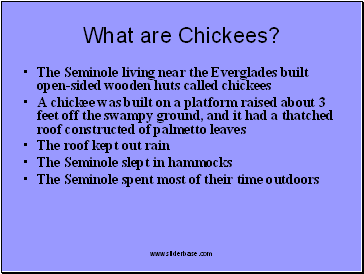 A chickee was built on a platform raised about 3 feet off the swampy ground, and it had a thatched roof constructed of palmetto leaves

The roof kept out rain

The Seminole slept in hammocks

The Seminole spent most of their time outdoors 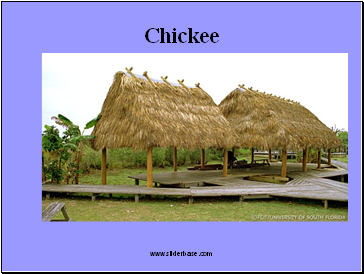 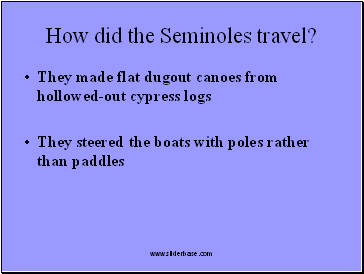 How did the Seminoles travel?