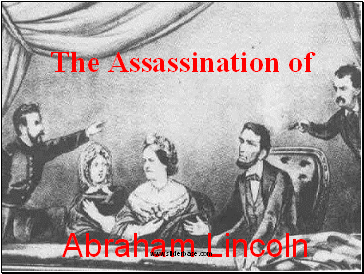 The Assassination of Abraham Lincoln 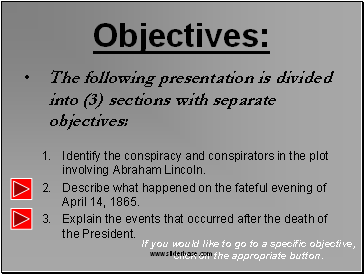 The following presentation is divided into (3) sections with separate objectives:

Identify the conspiracy and conspirators in the plot involving Abraham Lincoln.

Describe what happened on the fateful evening of April 14, 1865.

Explain the events that occurred after the death of the President. 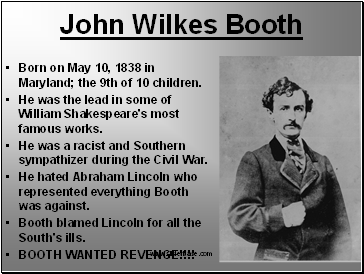 He was the lead in some of William Shakespeare's most famous works.

He was a racist and Southern sympathizer during the Civil War.

He hated Abraham Lincoln who represented everything Booth was against.

Booth blamed Lincoln for all the South's ills. 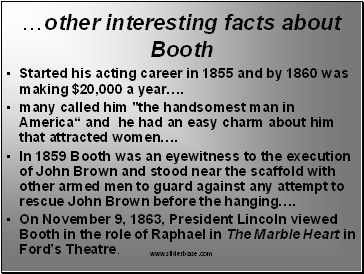 …other interesting facts about Booth

many called him "the handsomest man in America“ and he had an easy charm about him that attracted women….

In 1859 Booth was an eyewitness to the execution of John Brown and stood near the scaffold with other armed men to guard against any attempt to rescue John Brown before the hanging….

On November 9, 1863, President Lincoln viewed Booth in the role of Raphael in The Marble Heart in Ford’s Theatre. 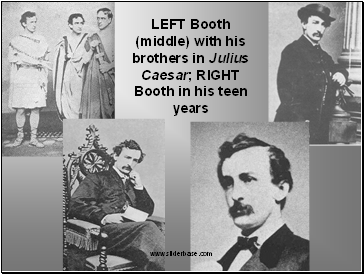 LEFT Booth (middle) with his brothers in Julius Caesar; RIGHT Booth in his teen years 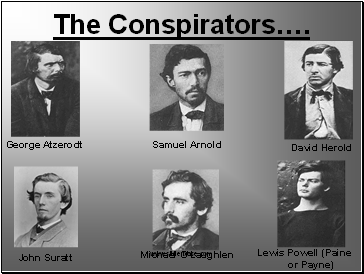 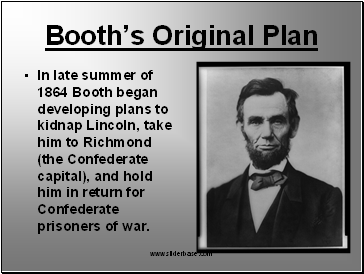 In late summer of 1864 Booth began developing plans to kidnap Lincoln, take him to Richmond (the Confederate capital), and hold him in return for Confederate prisoners of war. 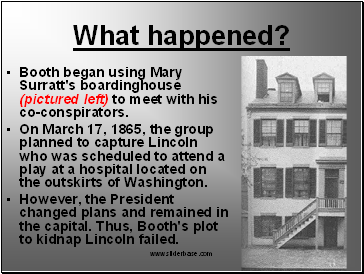 On March 17, 1865, the group planned to capture Lincoln who was scheduled to attend a play at a hospital located on the outskirts of Washington.