Causes for the Industrial Revolution in the U.S.

He was considered the father of manufacturing.

He invented a machine that started the Industrial Revolution in America.

Next, he invented one that continued the revolution. 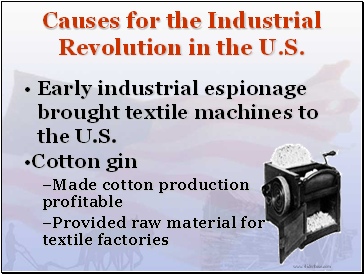 Causes for the Industrial Revolution in the U.S. 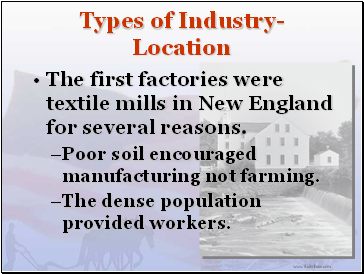 The first factories were textile mills in New England for several reasons. 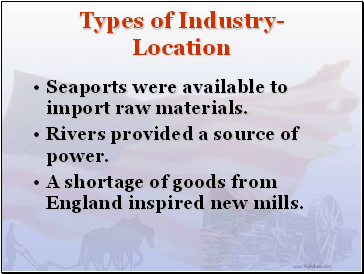 Rivers provided a source of power.

A shortage of goods from England inspired new mills. 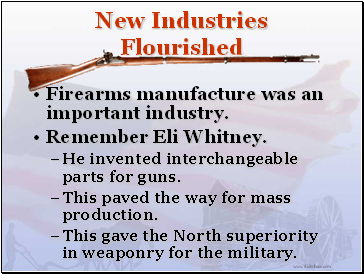 Firearms manufacture was an important industry.

He invented interchangeable parts for guns.

This paved the way for mass production.

This gave the North superiority in weaponry for the military. 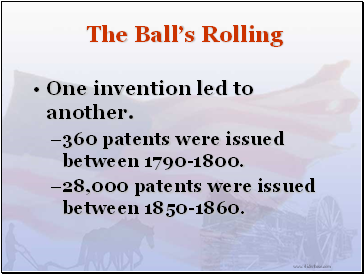 One invention led to another. 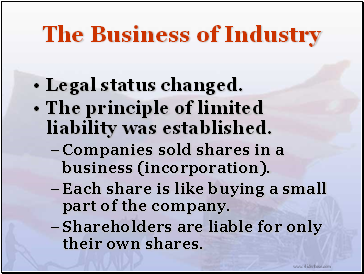 The Business of Industry

The principle of limited liability was established.

Shareholders are liable for only their own shares. 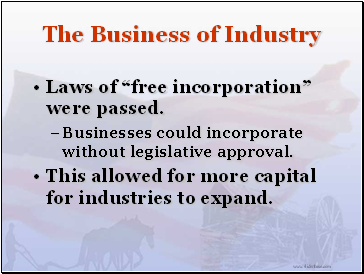 The Business of Industry

Laws of “free incorporation” were passed.

Businesses could incorporate without legislative approval.

This allowed for more capital for industries to expand. 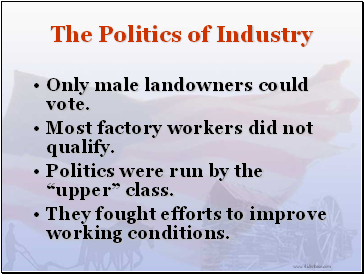 The Politics of Industry

Only male landowners could vote.

Most factory workers did not qualify.

Politics were run by the “upper” class.