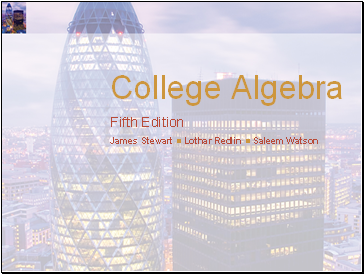 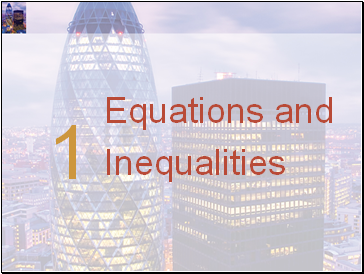 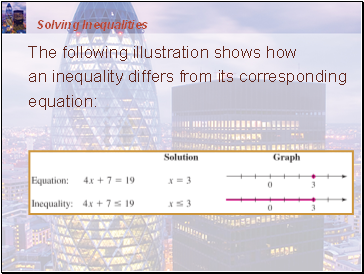 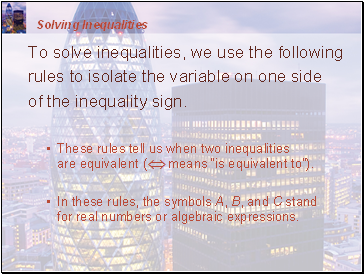 Some problems in algebra lead to inequalities instead of equations.

An inequality looks just like an equation—except that, in the place of the equal sign is one of these symbols: <, >, ≤, or ≥. 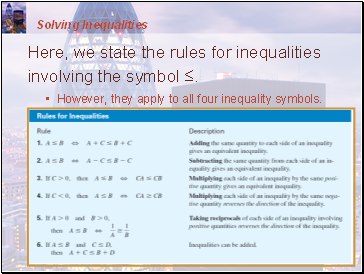 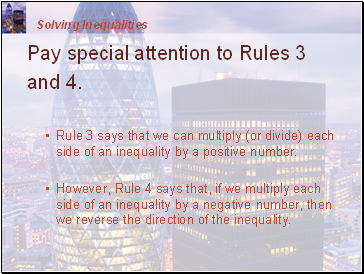 To solve an inequality that contains a variable means to find all values of the variable that make the inequality true.

Unlike an equation, an inequality generally has infinitely many solutions.

These form an interval or a union of intervals on the real line. 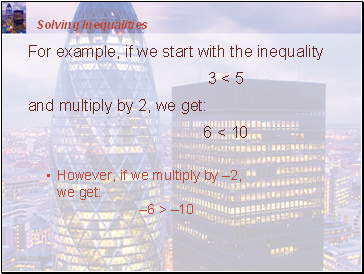 The following illustration shows how an inequality differs from its corresponding equation: 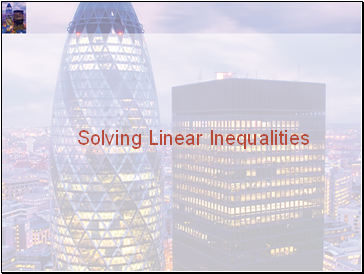 To solve inequalities, we use the following rules to isolate the variable on one side of the inequality sign.

These rules tell us when two inequalities are equivalent ( means “is equivalent to”).

In these rules, the symbols A, B, and C stand for real numbers or algebraic expressions. 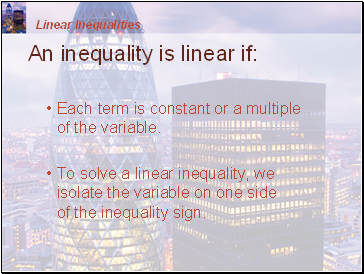 Here, we state the rules for inequalities involving the symbol ≤.

However, they apply to all four inequality symbols. 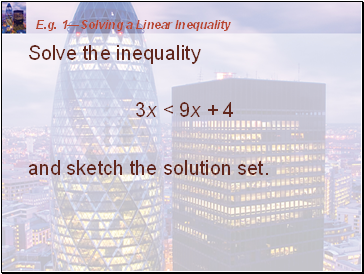 Pay special attention to Rules 3 and 4.

Rule 3 says that we can multiply (or divide) each side of an inequality by a positive number.

However, Rule 4 says that, if we multiply each side of an inequality by a negative number, then we reverse the direction of the inequality. 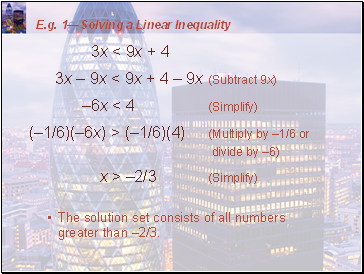 For example, if we start with the inequality