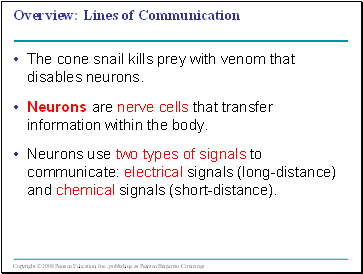 The cone snail kills prey with venom that disables neurons.

Neurons are nerve cells that transfer information within the body. 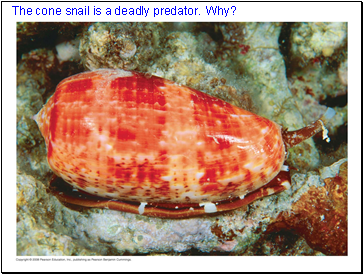 The cone snail is a deadly predator. Why? 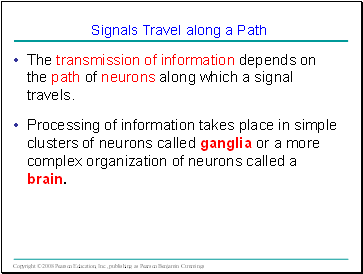 The transmission of information depends on the path of neurons along which a signal travels.

Signals Travel along a Path 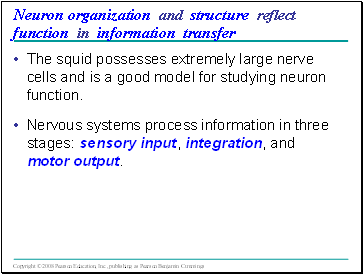 The squid possesses extremely large nerve cells and is a good model for studying neuron function. 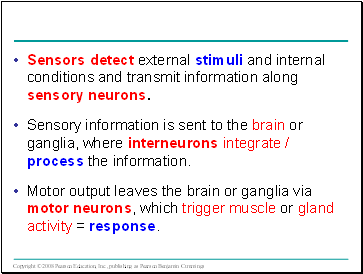 Sensory information is sent to the brain or ganglia, where interneurons integrate / process the information. 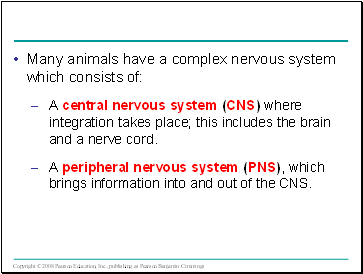 Many animals have a complex nervous system which consists of:

A central nervous system (CNS) where integration takes place; this includes the brain and a nerve cord.

A peripheral nervous system (PNS), which brings information into and out of the CNS. 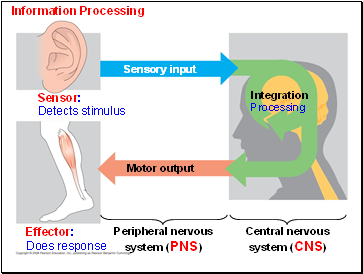 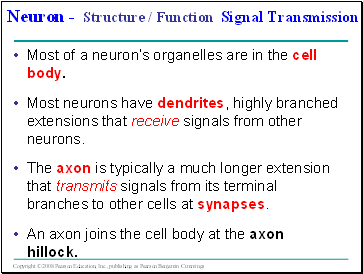 Most of a neuron’s organelles are in the cell body.

Most neurons have dendrites, highly branched extensions that receive signals from other neurons.

The axon is typically a much longer extension that transmits signals from its terminal branches to other cells at synapses.