of EPSP and IPSP 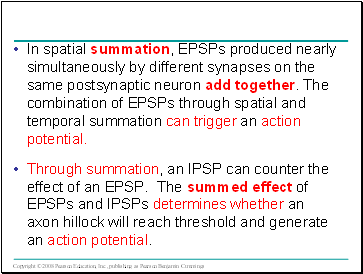 In spatial summation, EPSPs produced nearly simultaneously by different synapses on the same postsynaptic neuron add together. The combination of EPSPs through spatial and temporal summation can trigger an action potential.

Through summation, an IPSP can counter the effect of an EPSP. The summed effect of EPSPs and IPSPs determines whether an axon hillock will reach threshold and generate an action potential. 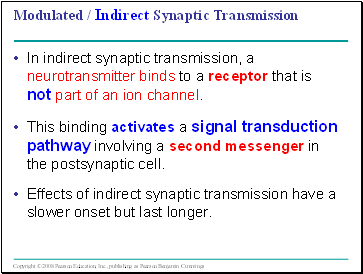 In indirect synaptic transmission, a neurotransmitter binds to a receptor that is not part of an ion channel.

This binding activates a signal transduction pathway involving a second messenger in the postsynaptic cell.

Effects of indirect synaptic transmission have a slower onset but last longer. 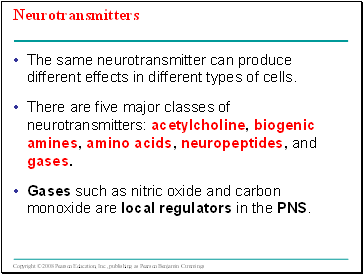 The same neurotransmitter can produce different effects in different types of cells.

Gases such as nitric oxide and carbon monoxide are local regulators in the PNS. 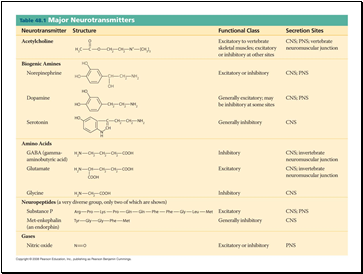 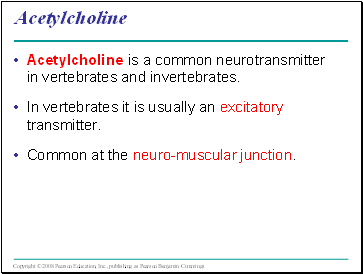 Acetylcholine is a common neurotransmitter in vertebrates and invertebrates.

In vertebrates it is usually an excitatory transmitter.

Common at the neuro-muscular junction. 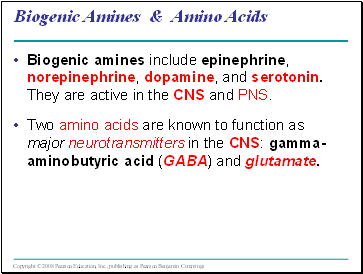 Biogenic amines include epinephrine, norepinephrine, dopamine, and serotonin. They are active in the CNS and PNS.

Two amino acids are known to function as major neurotransmitters in the CNS: gamma-aminobutyric acid (GABA) and glutamate. 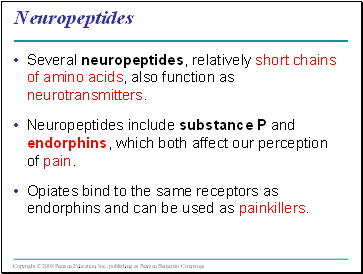 Neuropeptides include substance P and endorphins, which both affect our perception of pain.

Opiates bind to the same receptors as endorphins and can be used as painkillers. 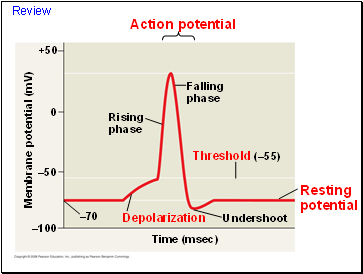