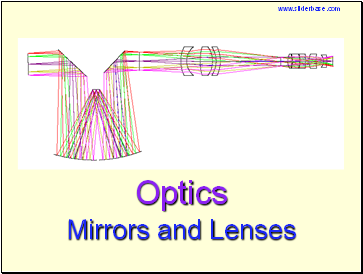 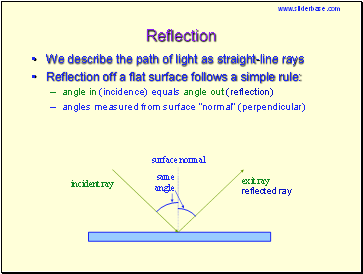 We describe the path of light as straight-line rays

Reflection off a flat surface follows a simple rule: 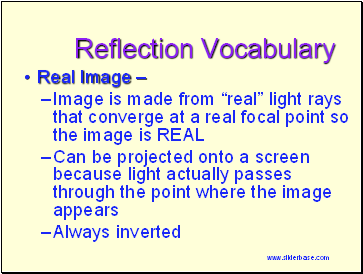 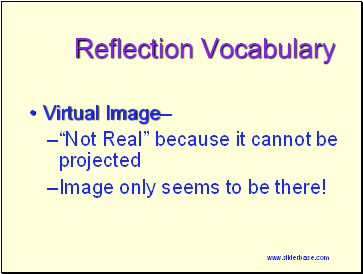 “Not Real” because it cannot be projected

Image only seems to be there! 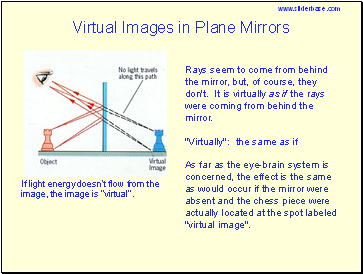 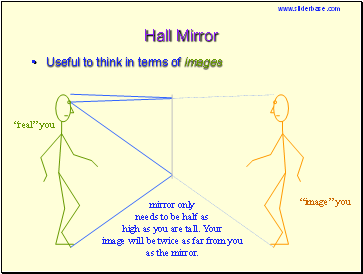 needs to be half as

high as you are tall. Your

image will be twice as far from you 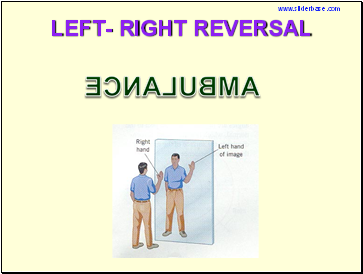 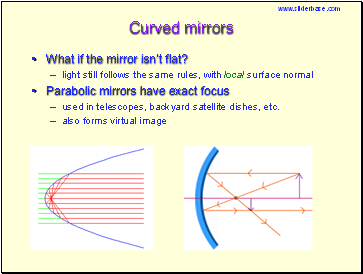 What if the mirror isn’t flat? 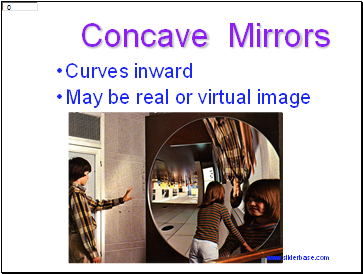 May be real or virtual image

"Have you ever approached a giant concave mirror? See your upside-down image suspended in mid-air. Walk through the image to see a new reflection, right-side-up and greatly magnified. In the background you see reflected a room full of visitors enjoying other 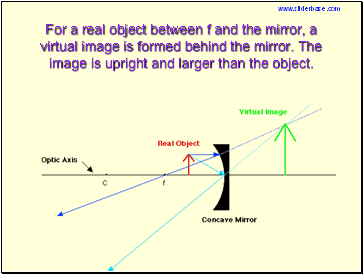 For a real object between f and the mirror, a virtual image is formed behind the mirror. The image is upright and larger than the object.