At that moment Perseus came flying by. He had just killed the Gorgon Medusa and was carrying the severed head back to Athene. To make a long story short, he saved her then turned everyone into stone by showing them the severed head.

Poseidon then put the stone frozen Cepheus and Cassiopeia into the heavens, but with a twist: he made the vain Cassiopeia spin around on her chair, spending half the year upside down. As for Cepheus, Poseidon gave him a number of medium sized stars that go to make his square face with a pointed crown. 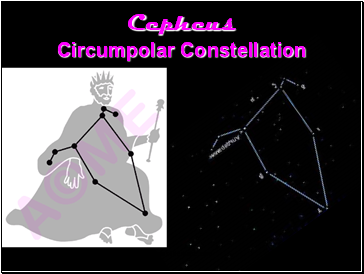 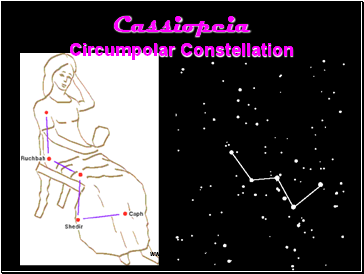 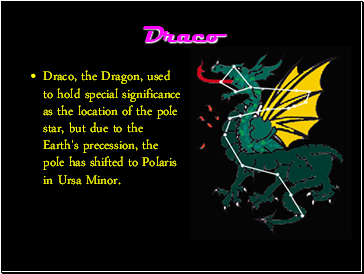 Draco, the Dragon, used to hold special significance as the location of the pole star, but due to the Earth's precession, the pole has shifted to Polaris in Ursa Minor. 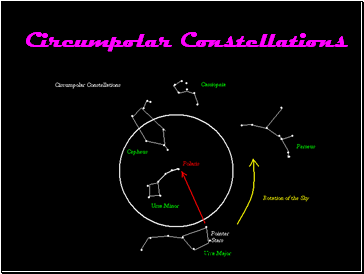 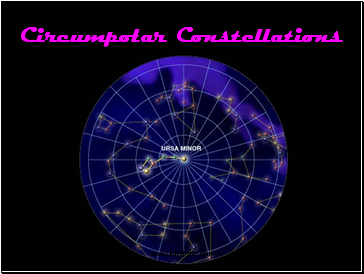 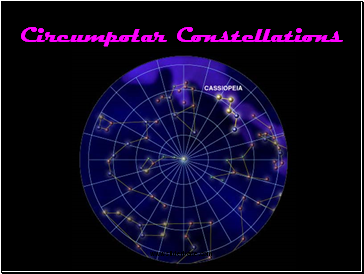 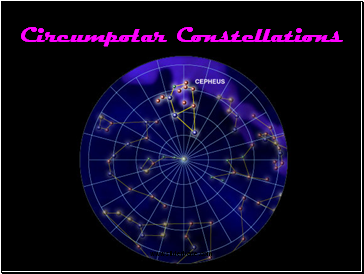 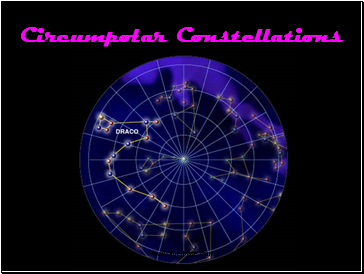 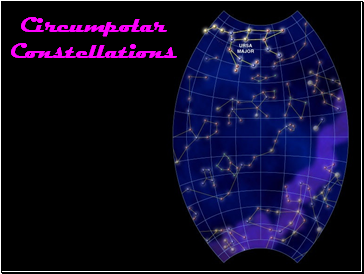 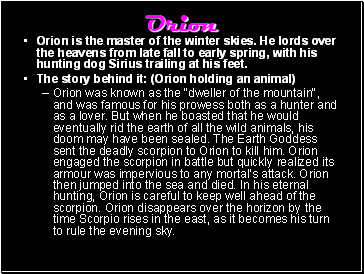 Orion is the master of the winter skies. He lords over the heavens from late fall to early spring, with his hunting dog Sirius trailing at his feet.

The story behind it: (Orion holding an animal)

Orion was known as the "dweller of the mountain", and was famous for his prowess both as a hunter and as a lover. But when he boasted that he would eventually rid the earth of all the wild animals, his doom may have been sealed. The Earth Goddess sent the deadly scorpion to Orion to kill him. Orion engaged the scorpion in battle but quickly realized its armour was impervious to any mortal's attack. Orion then jumped into the sea and died. In his eternal hunting, Orion is careful to keep well ahead of the scorpion. Orion disappears over the horizon by the time Scorpio rises in the east, as it becomes his turn to rule the evening sky. 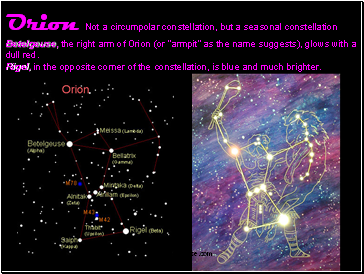