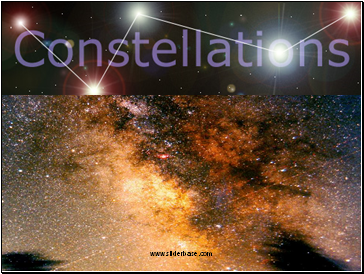 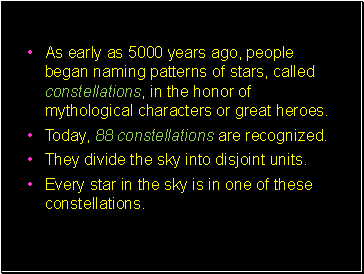 As early as 5000 years ago, people began naming patterns of stars, called constellations, in the honor of mythological characters or great heroes.

They divide the sky into disjoint units.

Every star in the sky is in one of these constellations. 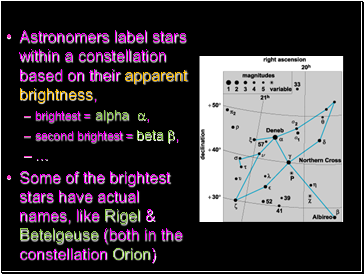 Astronomers label stars within a constellation based on their apparent brightness,

Some of the brightest stars have actual names, like Rigel & Betelgeuse (both in the constellation Orion) 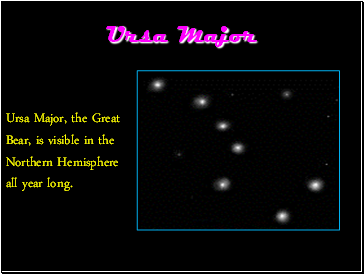 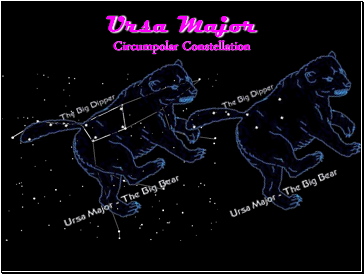 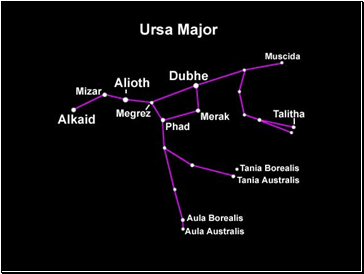 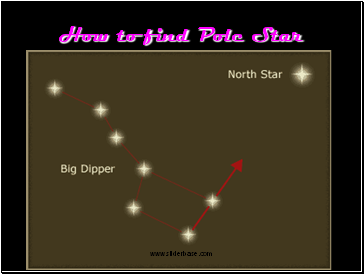 How to find Pole Star 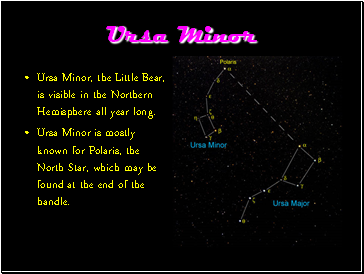 Ursa Minor is mostly known for Polaris, the North Star, which may be found at the end of the handle. 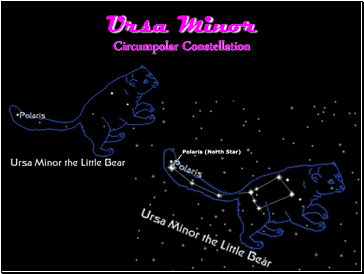 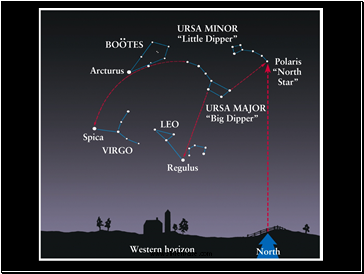 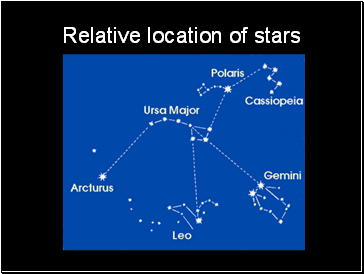 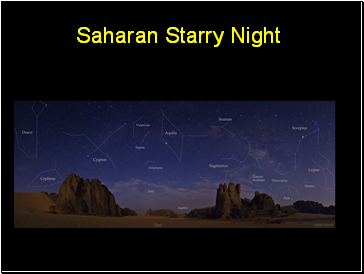 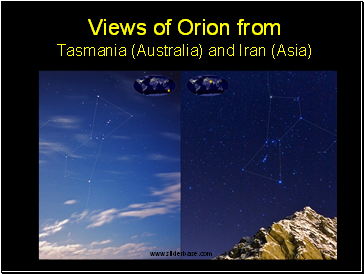 Views of Orion from Tasmania (Australia) and Iran (Asia) 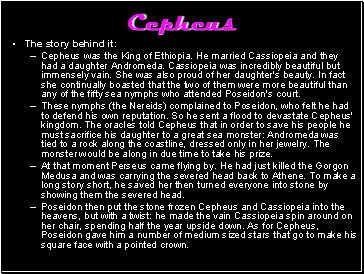 These nymphs (the Nereids) complained to Poseidon, who felt he had to defend his own reputation. So he sent a flood to devastate Cepheus' kingdom. The oracles told Cepheus that in order to save his people he must sacrifice his daughter to a great sea monster: Andromeda was tied to a rock along the coastline, dressed only in her jewelry. The monster would be along in due time to take his prize.