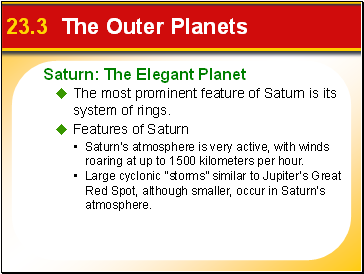 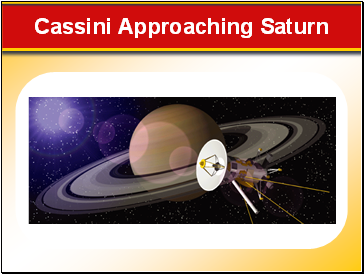 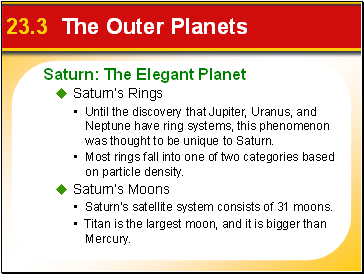 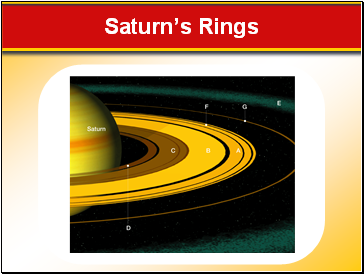 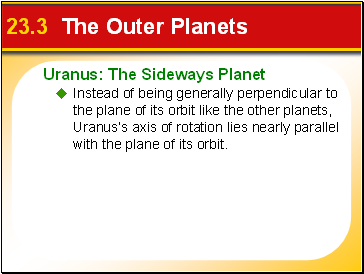 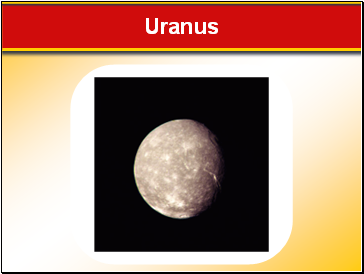 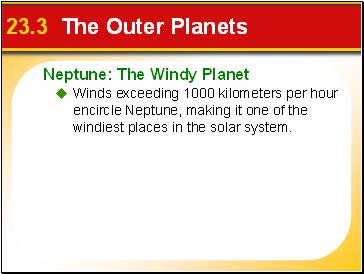 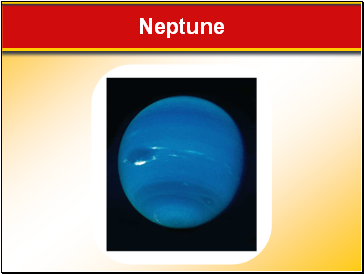 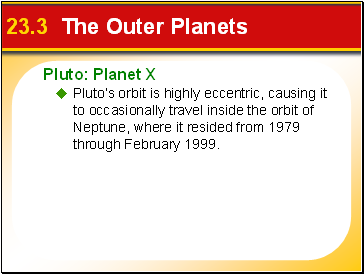 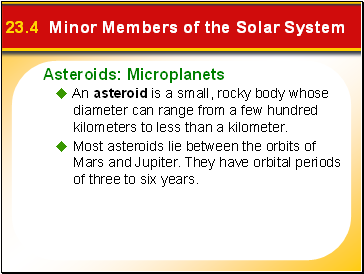 Minor Members of the Solar System

 Most asteroids lie between the orbits of Mars and Jupiter. They have orbital periods of three to six years. 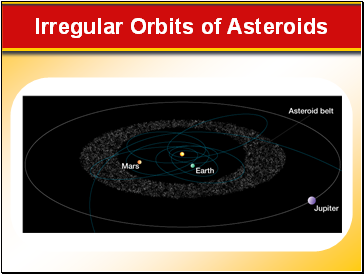 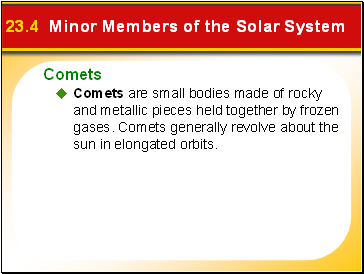