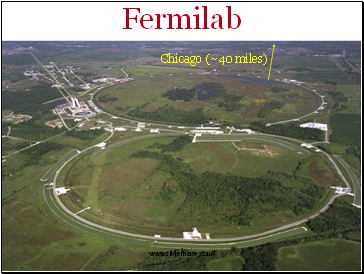 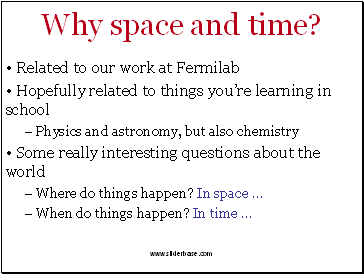 Why space and time?

Related to our work at Fermilab

Physics and astronomy, but also chemistry

Some really interesting questions about the world

Where do things happen? In space …

When do things happen? In time … 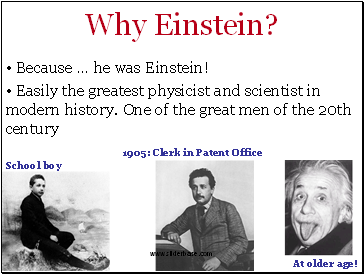 Because … he was Einstein!

Easily the greatest physicist and scientist in modern history. One of the great men of the 20th century 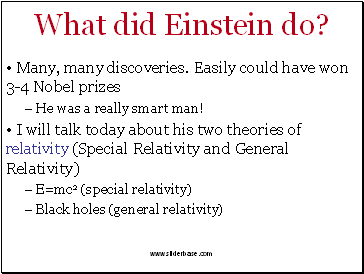 What did Einstein do?

Many, many discoveries. Easily could have won 3-4 Nobel prizes

He was a really smart man! 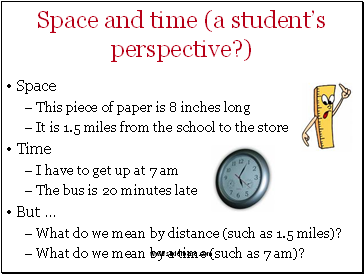 Space and time (a student’s perspective?)

This piece of paper is 8 inches long

It is 1.5 miles from the school to the store

The bus is 20 minutes late 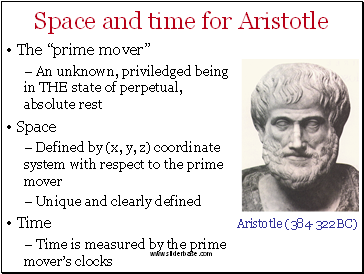 Space and time for Aristotle

An unknown, priviledged being in THE state of perpetual, absolute rest

Defined by (x, y, z) coordinate system with respect to the prime mover

Time is measured by the prime mover’s clocks 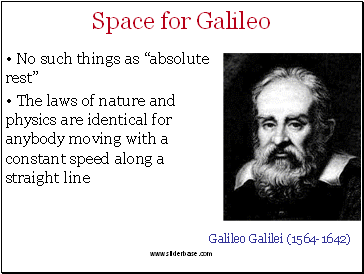 No such things as “absolute rest” 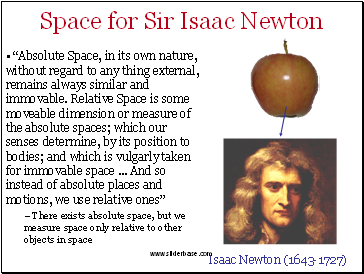