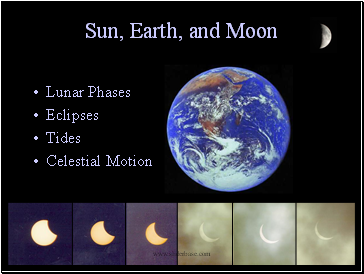 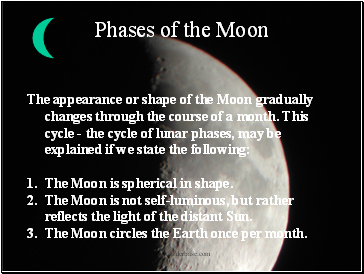 The appearance or shape of the Moon gradually changes through the course of a month. This cycle - the cycle of lunar phases, may be explained if we state the following:

The Moon is spherical in shape.

The Moon is not self-luminous, but rather reflects the light of the distant Sun.

The Moon circles the Earth once per month. 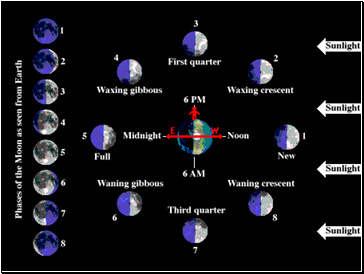 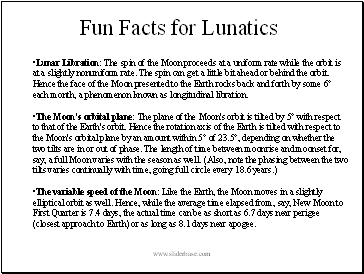 Lunar Libration: The spin of the Moon proceeds at a uniform rate while the orbit is at a slightly nonuniform rate. The spin can get a little bit ahead or behind the orbit. Hence the face of the Moon presented to the Earth rocks back and forth by some 6° each month, a phenomenon known as longitudinal libration.

The Moon's orbital plane: The plane of the Moon's orbit is tilted by 5° with respect to that of the Earth's orbit. Hence the rotation axis of the Earth is tilted with respect to the Moon's orbital plane by an amount within 5° of 23.5°, depending on whether the two tilts are in or out of phase. The length of time between moonrise and moonset for, say, a full Moon varies with the season as well. (Also, note the phasing between the two tilts varies continually with time, going full circle every 18.6 years.)

The variable speed of the Moon: Like the Earth, the Moon moves in a slightly elliptical orbit as well. Hence, while the average time elapsed from, say, New Moon to First Quarter is 7.4 days, the actual time can be as short as 6.7 days near perigee (closest approach to Earth) or as long as 8.1 days near apogee. 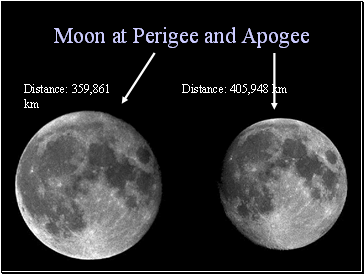 Moon at Perigee and Apogee 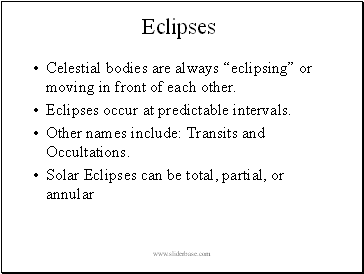 Celestial bodies are always “eclipsing” or moving in front of each other.

Other names include: Transits and Occultations.

Solar Eclipses can be total, partial, or annular 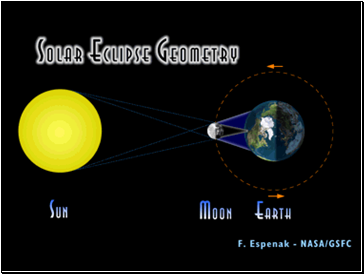 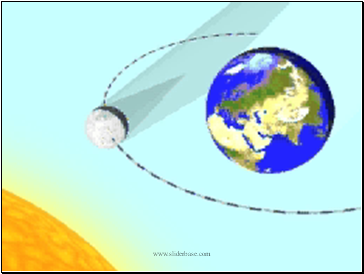 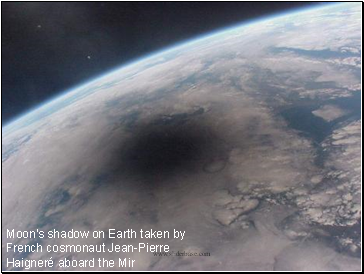 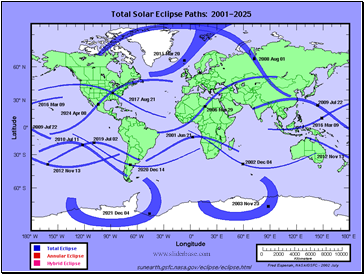