Some studies show effects of teratoginicity and carcinogenicity. 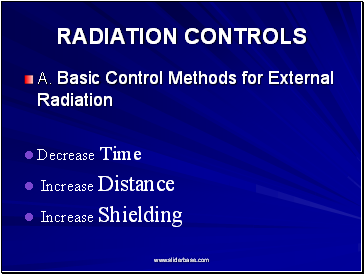 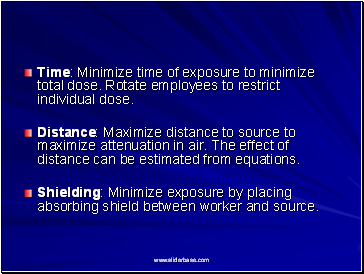 Distance: Maximize distance to source to maximize attenuation in air. The effect of distance can be estimated from equations. 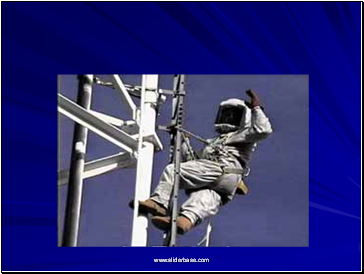 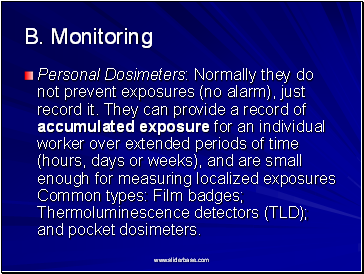 Personal Dosimeters: Normally they do not prevent exposures (no alarm), just record it. They can provide a record of accumulated exposure for an individual worker over extended periods of time (hours, days or weeks), and are small enough for measuring localized exposures Common types: Film badges; Thermoluminescence detectors (TLD); and pocket dosimeters. 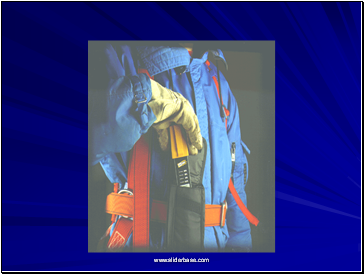 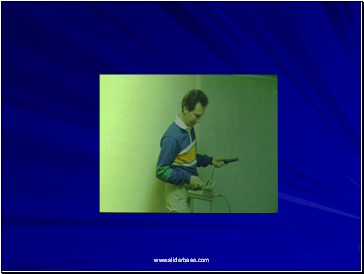 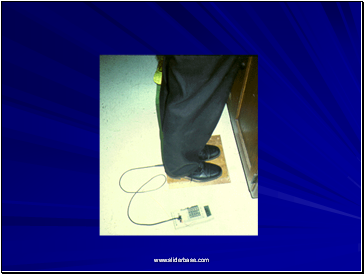 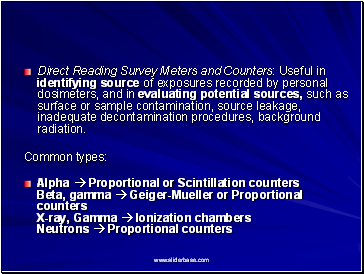 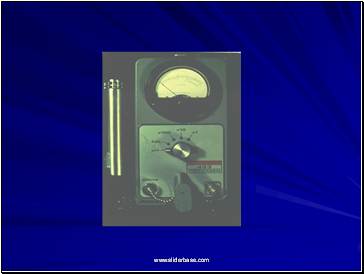 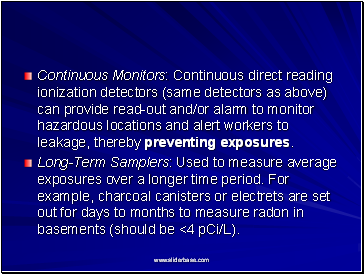 Long-Term Samplers: Used to measure average exposures over a longer time period. For example, charcoal canisters or electrets are set out for days to months to measure radon in basements (should be <4 pCi/L). 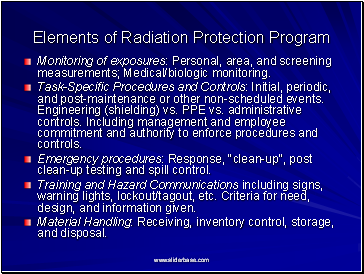