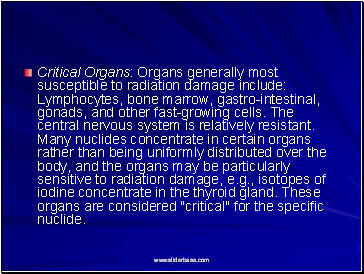 Critical Organs: Organs generally most susceptible to radiation damage include: Lymphocytes, bone marrow, gastro-intestinal, gonads, and other fast-growing cells. The central nervous system is relatively resistant. Many nuclides concentrate in certain organs rather than being uniformly distributed over the body, and the organs may be particularly sensitive to radiation damage, e.g., isotopes of iodine concentrate in the thyroid gland. These organs are considered "critical" for the specific nuclide. 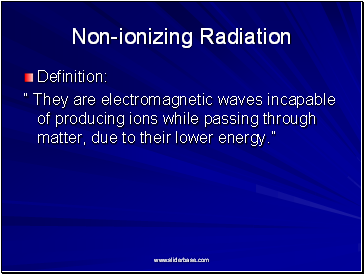 “ They are electromagnetic waves incapable of producing ions while passing through matter, due to their lower energy.” 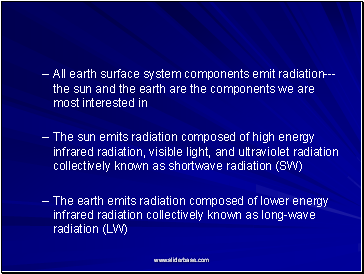 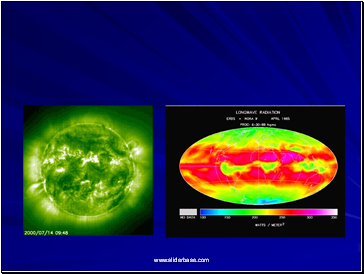 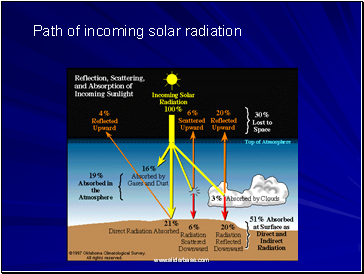 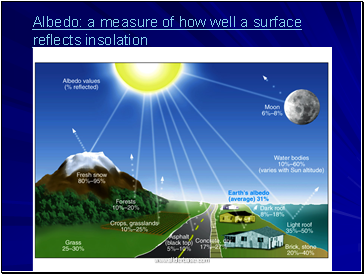 Albedo: a measure of how well a surface reflects insolation 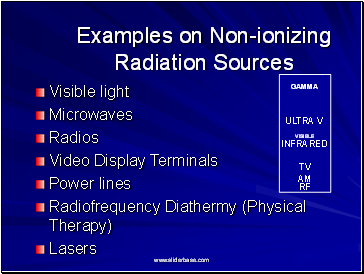 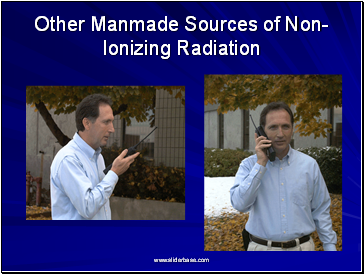 Other Manmade Sources of Non-Ionizing Radiation 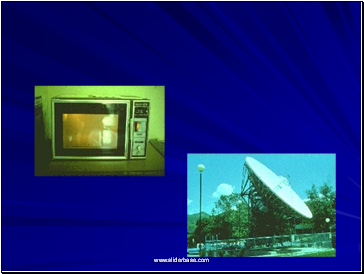 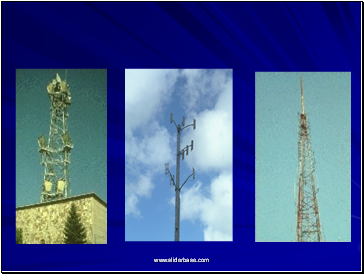 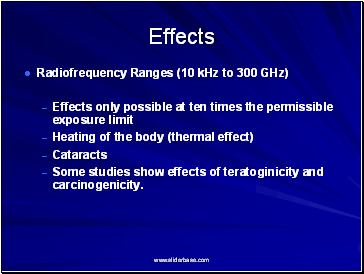 Effects only possible at ten times the permissible exposure limit

Heating of the body (thermal effect)