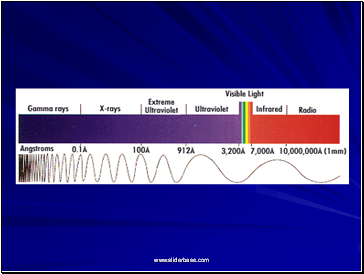 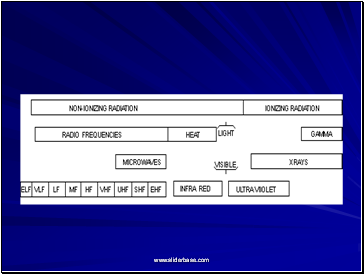 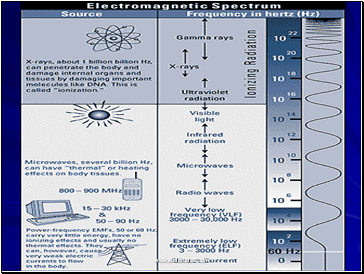 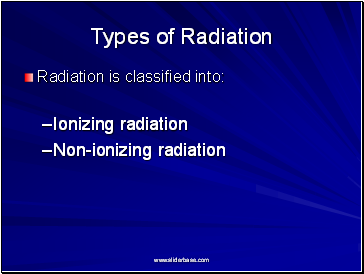 Radiation is classified into: 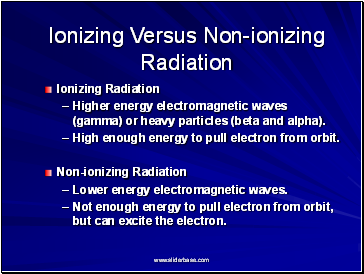 Not enough energy to pull electron from orbit, but can excite the electron. 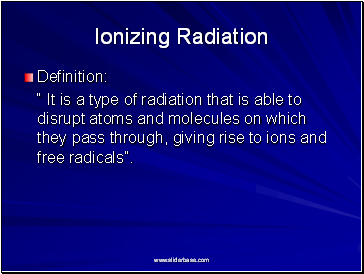 “ It is a type of radiation that is able to disrupt atoms and molecules on which they pass through, giving rise to ions and free radicals”. 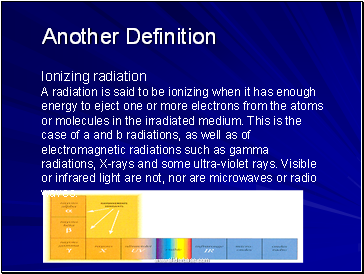 A radiation is said to be ionizing when it has enough energy to eject one or more electrons from the atoms or molecules in the irradiated medium. This is the case of a and b radiations, as well as of electromagnetic radiations such as gamma radiations, X-rays and some ultra-violet rays. Visible or infrared light are not, nor are microwaves or radio waves. 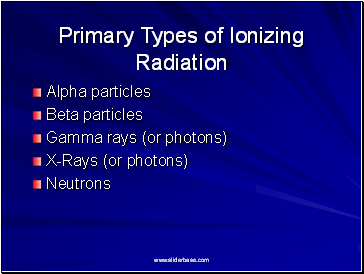 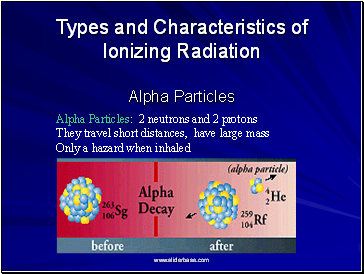 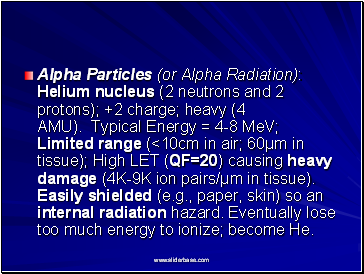 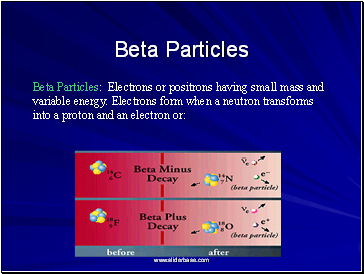