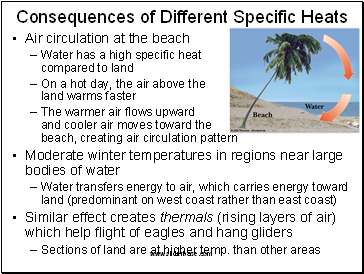 Air circulation at the beach

Water has a high specific heat compared to land

On a hot day, the air above the land warms faster

Moderate winter temperatures in regions near large bodies of water

Water transfers energy to air, which carries energy toward land (predominant on west coast rather than east coast)

Sections of land are at higher temp. than other areas 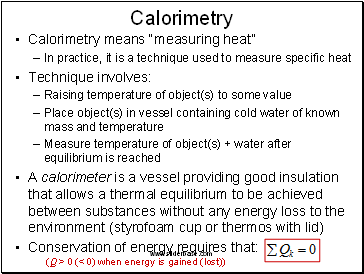 In practice, it is a technique used to measure specific heat

Raising temperature of object(s) to some value

Measure temperature of object(s) + water after equilibrium is reached

Conservation of energy requires that: 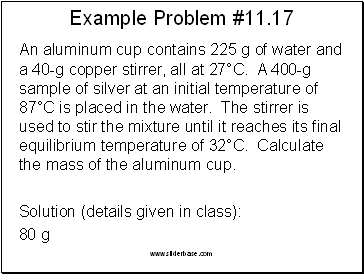 Solution (details given in class):

An aluminum cup contains 225 g of water and a 40-g copper stirrer, all at 27°C. A 400-g sample of silver at an initial temperature of 87°C is placed in the water. The stirrer is used to stir the mixture until it reaches its final equilibrium temperature of 32°C. Calculate the mass of the aluminum cup. 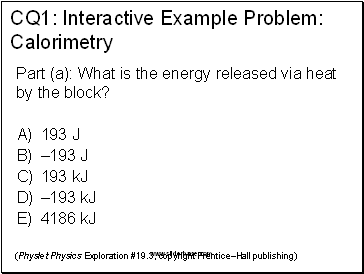 Part (a): What is the energy released via heat by the block? 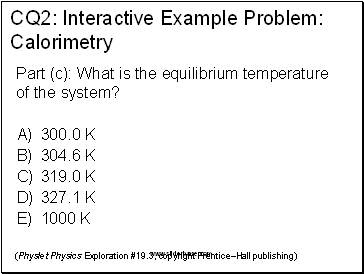 Part (c): What is the equilibrium temperature of the system? 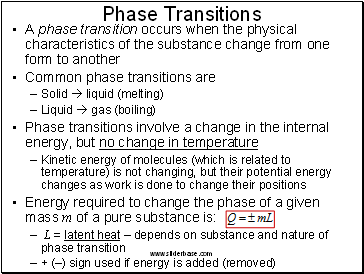