Air currents at the beach

Water currents in a saucepan while heating

When the movement is forced by a fan or a pump, it is called forced convection (fluid is pushed around by mechanical means – fan or pump)

Blood circulation in the body 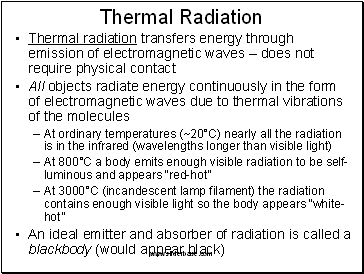 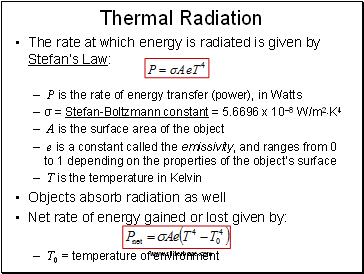 The rate at which energy is radiated is given by Stefan’s Law:

P is the rate of energy transfer (power), in Watts

A is the surface area of the object

e is a constant called the emissivity, and ranges from 0 to 1 depending on the properties of the object’s surface

T is the temperature in Kelvin

Net rate of energy gained or lost given by: 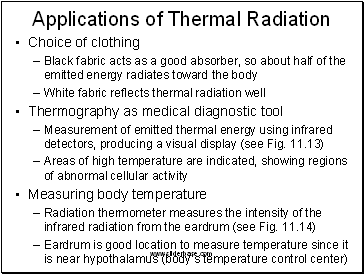 Black fabric acts as a good absorber, so about half of the emitted energy radiates toward the body

Radiation thermometer measures the intensity of the infrared radiation from the eardrum (see Fig. 11.14) 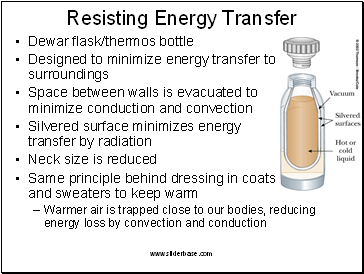 Space between walls is evacuated to minimize conduction and convection