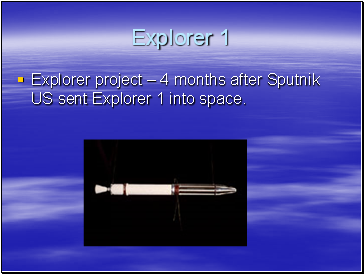 Explorer project – 4 months after Sputnik US sent Explorer 1 into space. 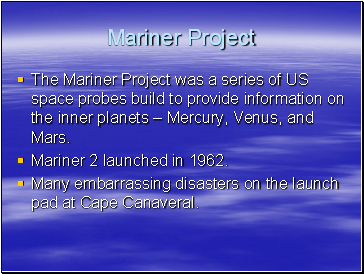 The Mariner Project was a series of US space probes build to provide information on the inner planets – Mercury, Venus, and Mars.

Many embarrassing disasters on the launch pad at Cape Canaveral. 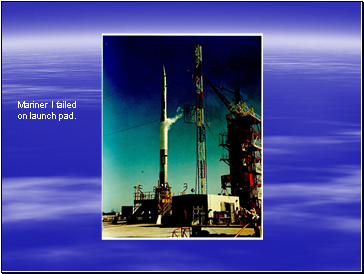 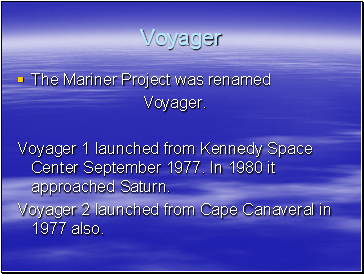 The Mariner Project was renamed 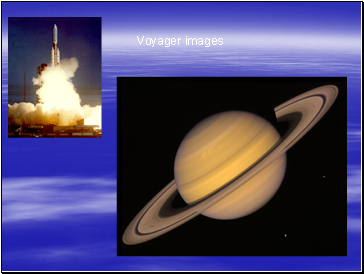 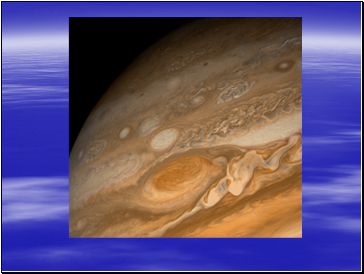 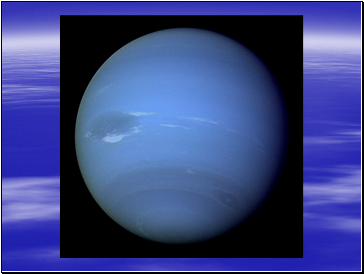 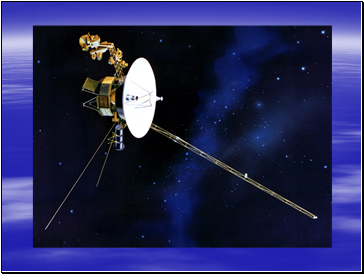 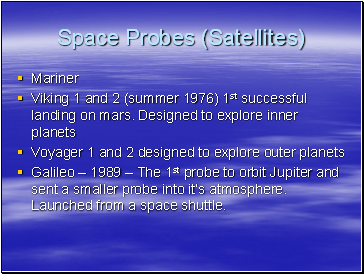 Galileo – 1989 – The 1st probe to orbit Jupiter and sent a smaller probe into it’s atmosphere. Launched from a space shuttle. 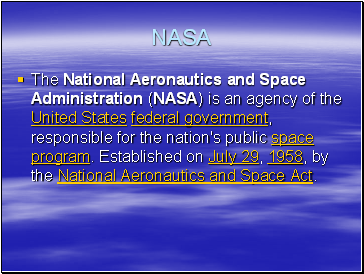 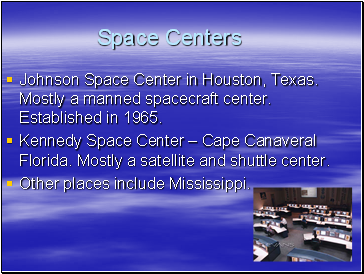 Other places include Mississippi. 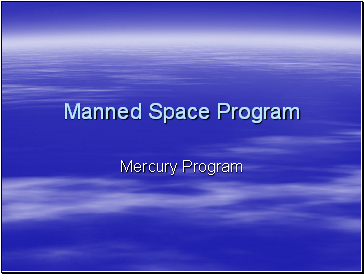 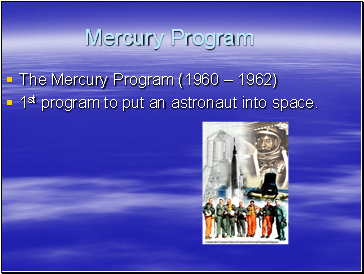 1st program to put an astronaut into space. 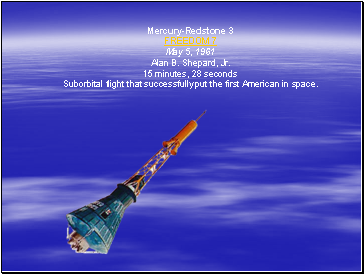