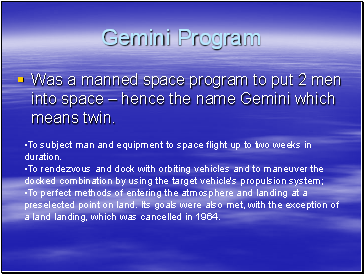 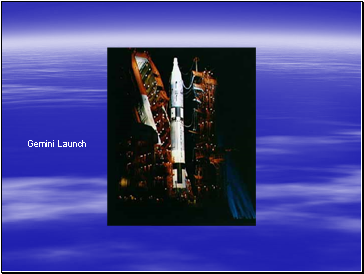 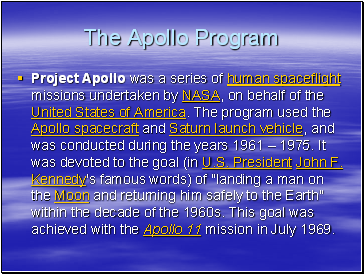 Project Apollo was a series of human spaceflight missions undertaken by NASA, on behalf of the United States of America. The program used the Apollo spacecraft and Saturn launch vehicle, and was conducted during the years 1961 – 1975. It was devoted to the goal (in U.S. President John F. Kennedy's famous words) of "landing a man on the Moon and returning him safely to the Earth" within the decade of the 1960s. This goal was achieved with the Apollo 11 mission in July 1969. 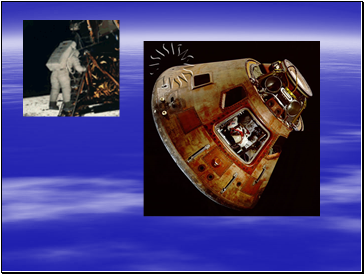 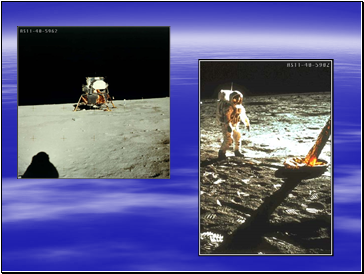 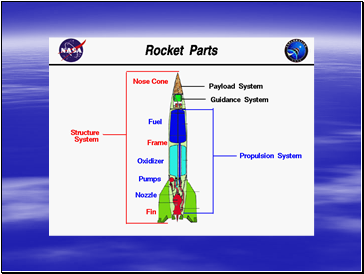 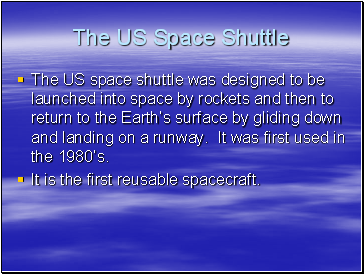 The US Space Shuttle

The US space shuttle was designed to be launched into space by rockets and then to return to the Earth’s surface by gliding down and landing on a runway. It was first used in the 1980’s.

It is the first reusable spacecraft. 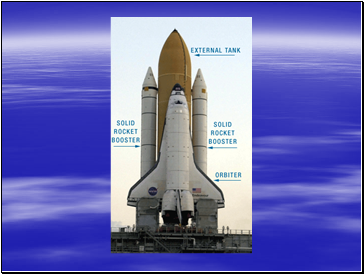 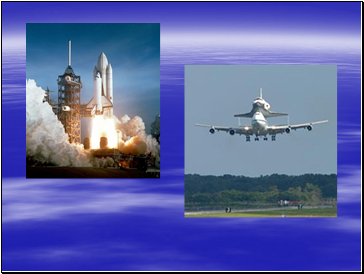 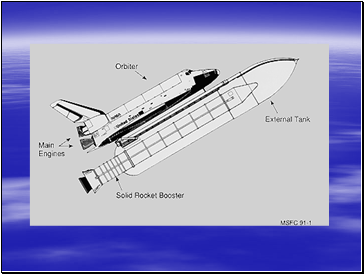 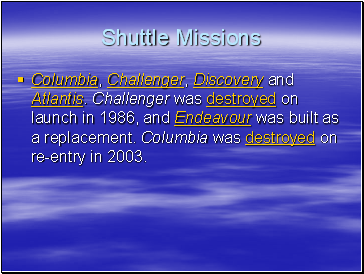 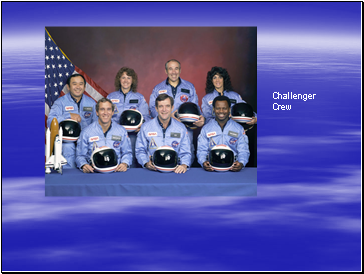 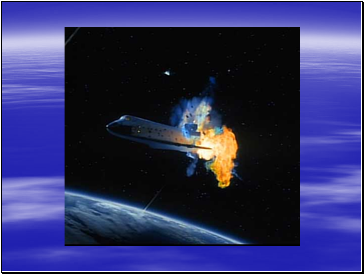 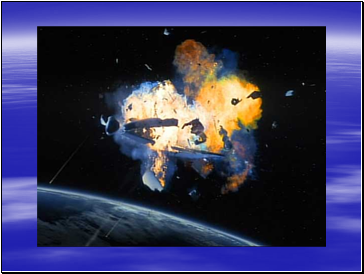 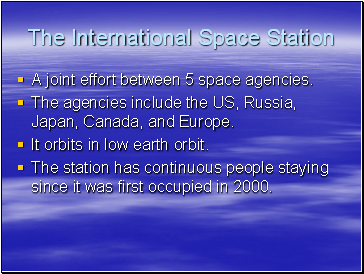 A joint effort between 5 space agencies.

The agencies include the US, Russia, Japan, Canada, and Europe.

It orbits in low earth orbit.

The station has continuous people staying since it was first occupied in 2000. 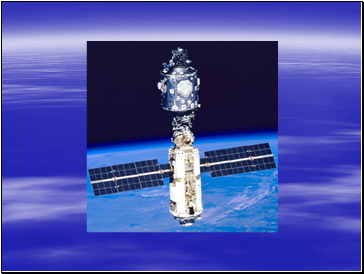