- will search for water at poles 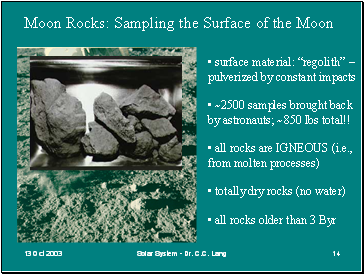 Moon Rocks: Sampling the Surface of the Moon

• all rocks older than 3 Byr 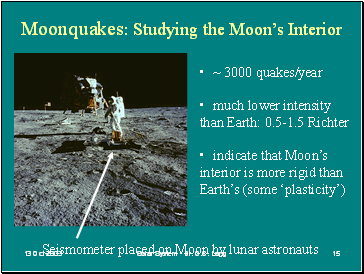 interior is more rigid than 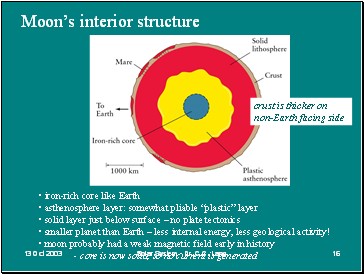 • moon probably had a weak magnetic field early in history

- core is now solid, so no current is generated 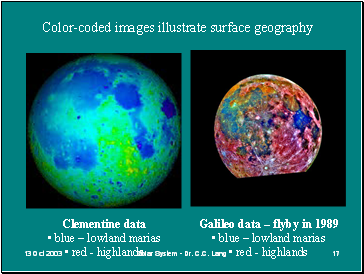 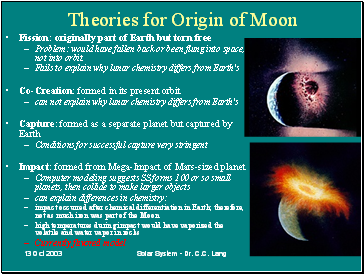 Theories for Origin of Moon

Problem: would have fallen back or been flung into space, not into orbit.

Fails to explain why lunar chemistry differs from Earth's

Co-Creation: formed in its present orbit

can not explain why lunar chemistry differs from Earth's

Capture: formed as a separate planet but captured by Earth

can explain differences in chemistry:

impact occurred after chemical differentiation in Earth; therefore, not as much iron was part of the Moon 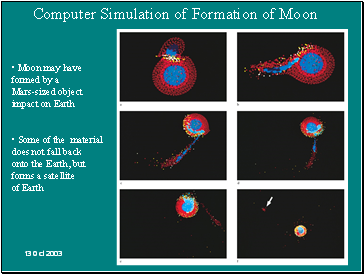 Computer Simulation of Formation of Moon