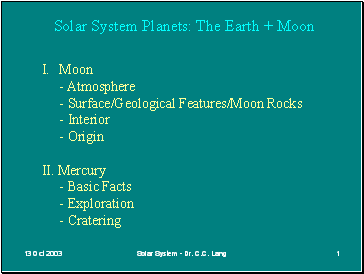 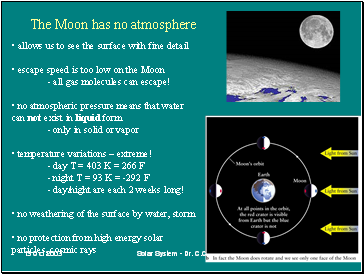 The Moon has no atmosphere

• allows us to see the surface with fine detail

• escape speed is too low on the Moon

- all gas molecules can escape!

- only in solid or vapor

- day/night are each 2 weeks long!

• no weathering of the surface by water, storm 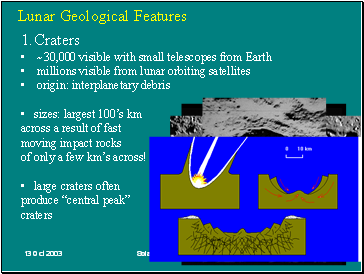 • ~30,000 visible with small telescopes from Earth

across a result of fast

of only a few km’s across! 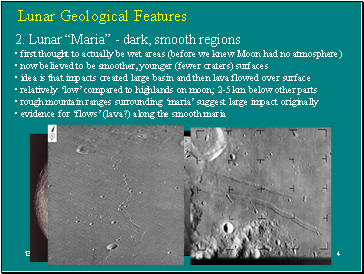 • relatively ‘low’ compared to highlands on moon; 2-5 km below other parts

• evidence for ‘flows’ (lava?) along the smooth maria 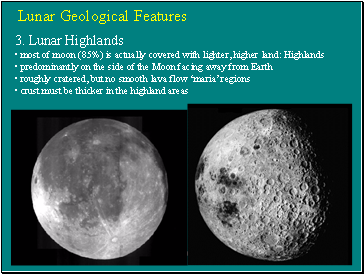 • most of moon (85%) is actually covered with lighter, higher land: Highlands

• predominantly on the side of the Moon facing away from Earth

• crust must be thicker in the highland areas 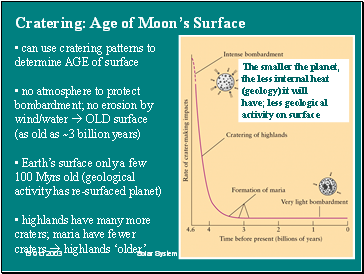 • can use cratering patterns to determine AGE of surface

• no atmosphere to protect

bombardment; no erosion by

• Earth’s surface only a few

• highlands have many more craters; maria have fewer