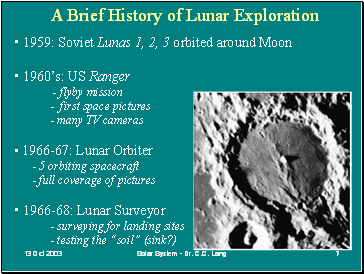 A Brief History of Lunar Exploration 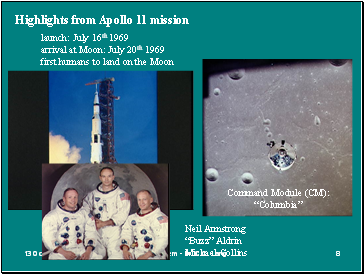 first humans to land on the Moon 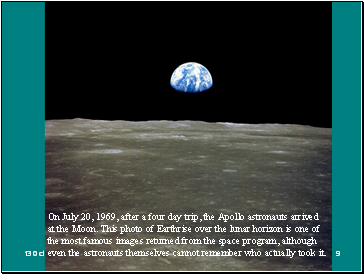 On July 20, 1969, after a four day trip, the Apollo astronauts arrived

at the Moon. This photo of Earthrise over the lunar horizon is one of

the most famous images returned from the space program, although

even the astronauts themselves cannot remember who actually took it. 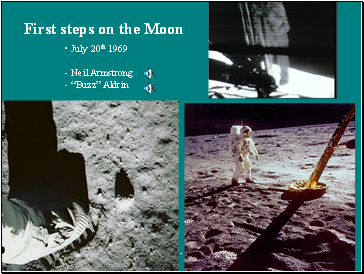 First steps on the Moon 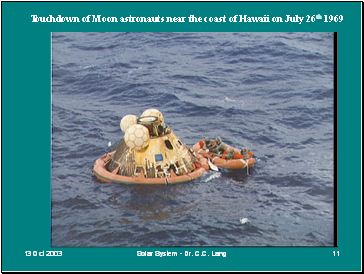 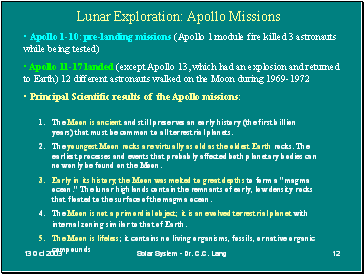 •The Moon is ancient and still preserves an early history (the first billion years) that must be common to all terrestrial planets.

•The youngest Moon rocks are virtually as old as the oldest Earth rocks. The earliest processes and events that probably affected both planetary bodies can now only be found on the Moon.

•Early in its history, the Moon was melted to great depths to form a "magma ocean." The lunar highlands contain the remnants of early, low density rocks that floated to the surface of the magma ocean.

•The Moon is not a primordial object; it is an evolved terrestrial planet with internal zoning similar to that of Earth.

•The Moon is lifeless; it contains no living organisms, fossils, or native organic compounds 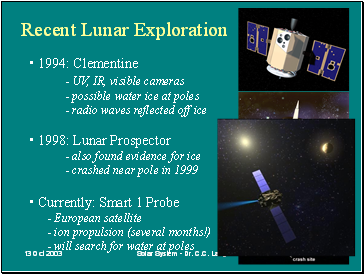