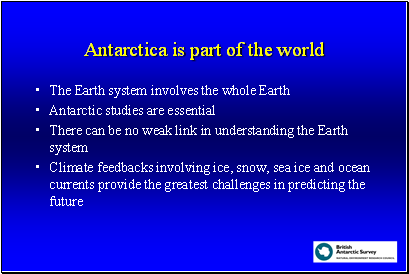 Antarctica is part of the world

There can be no weak link in understanding the Earth system 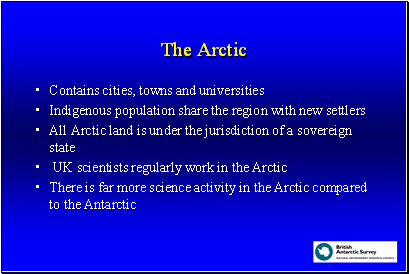 All Arctic land is under the jurisdiction of a sovereign state 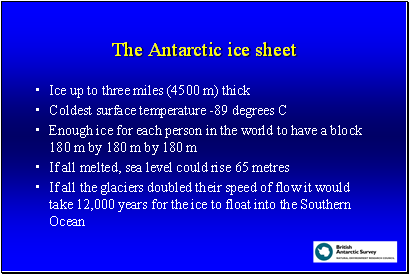 If all melted, sea level could rise 65 metres

If all the glaciers doubled their speed of flow it would take 12,000 years for the ice to float into the Southern Ocean 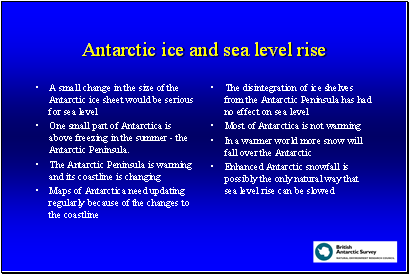 One small part of Antarctica is above freezing in the summer - the Antarctic Peninsula.

The Antarctic Peninsula is warming and its coastline is changing

Most of Antarctica is not warming

In a warmer world more snow will fall over the Antarctic 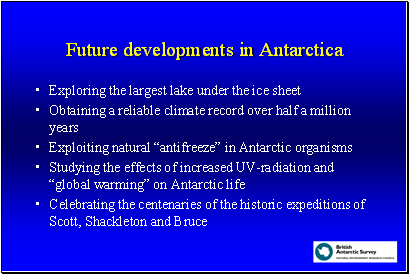 Exploring the largest lake under the ice sheet

Obtaining a reliable climate record over half a million years

Celebrating the centenaries of the historic expeditions of Scott, Shackleton and Bruce 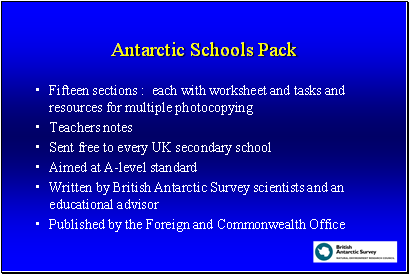 Fifteen sections : each with worksheet and tasks and resources for multiple photocopying