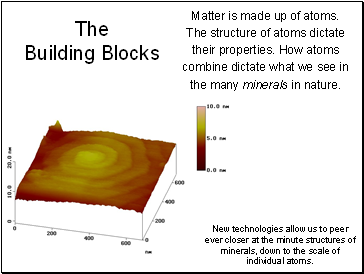 Matter is made up of atoms.

The structure of atoms dictate their properties. How atoms combine dictate what we see in the many minerals in nature.

New technologies allow us to peer ever closer at the minute structures of minerals, down to the scale of individual atoms. 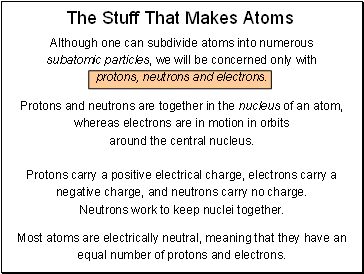 The Stuff That Makes Atoms

Although one can subdivide atoms into numerous

subatomic particles, we will be concerned only with

Protons and neutrons are together in the nucleus of an atom, whereas electrons are in motion in orbits

around the central nucleus.

Neutrons work to keep nuclei together. 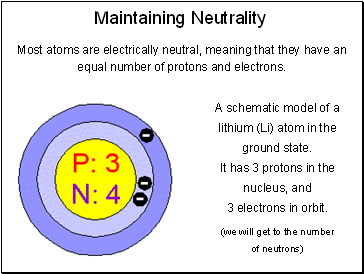 A schematic model of a lithium (Li) atom in the ground state.

It has 3 protons in the nucleus, and

(we will get to the number 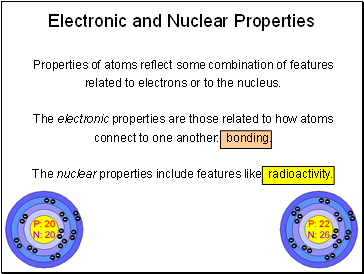 Properties of atoms reflect some combination of features related to electrons or to the nucleus.

The electronic properties are those related to how atoms connect to one another: bonding. 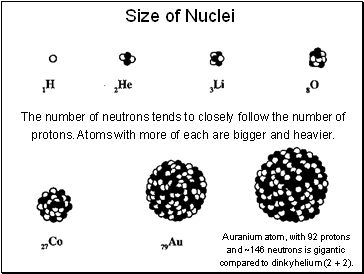 The number of neutrons tends to closely follow the number of protons. Atoms with more of each are bigger and heavier. 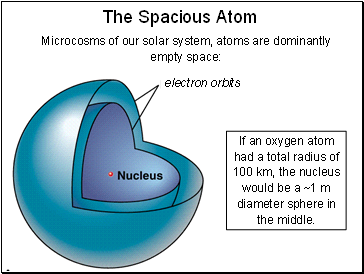 Microcosms of our solar system, atoms are dominantly empty space:

If an oxygen atom had a total radius of 100 km, the nucleus would be a ~1 m diameter sphere in the middle. 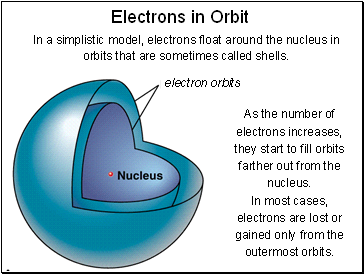 In a simplistic model, electrons float around the nucleus in orbits that are sometimes called shells.

As the number of electrons increases, they start to fill orbits farther out from the nucleus.

In most cases, electrons are lost or gained only from the outermost orbits.