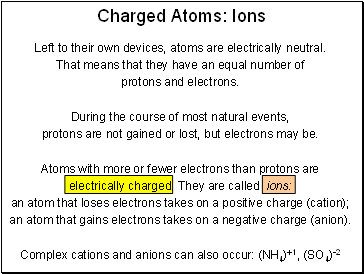 Left to their own devices, atoms are electrically neutral.

That means that they have an equal number of

During the course of most natural events,

protons are not gained or lost, but electrons may be.

Atoms with more or fewer electrons than protons are

electrically charged. They are called ions:

an atom that loses electrons takes on a positive charge (cation);

an atom that gains electrons takes on a negative charge (anion). 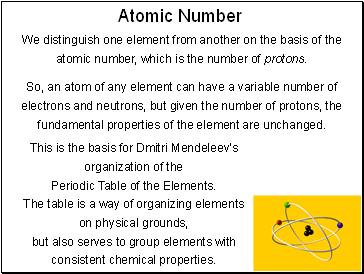 We distinguish one element from another on the basis of the atomic number, which is the number of protons.

So, an atom of any element can have a variable number of electrons and neutrons, but given the number of protons, the fundamental properties of the element are unchanged.

This is the basis for Dmitri Mendeleev’s organization of the

Periodic Table of the Elements.

The table is a way of organizing elements

but also serves to group elements with consistent chemical properties. 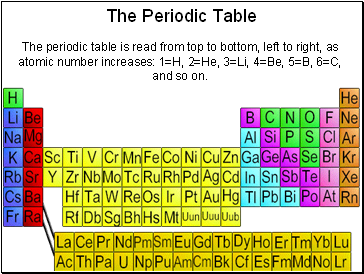 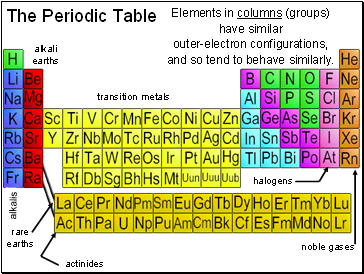 Elements in columns (groups) have similar

and so tend to behave similarly. 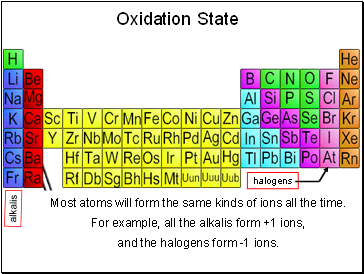 Most atoms will form the same kinds of ions all the time.

For example, all the alkalis form +1 ions,

and the halogens form -1 ions. 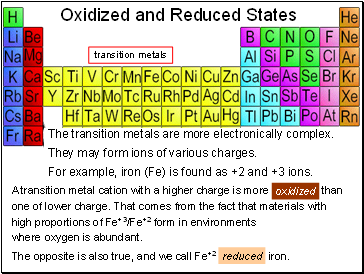 one of lower charge. That comes from the fact that materials with

where oxygen is abundant.

The opposite is also true, and we call Fe+2 reduced iron.

They may form ions of various charges. 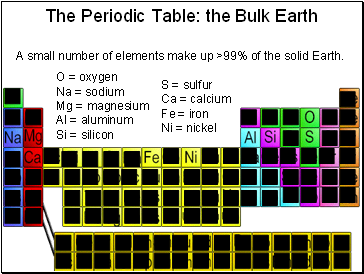 The Periodic Table: the Bulk Earth